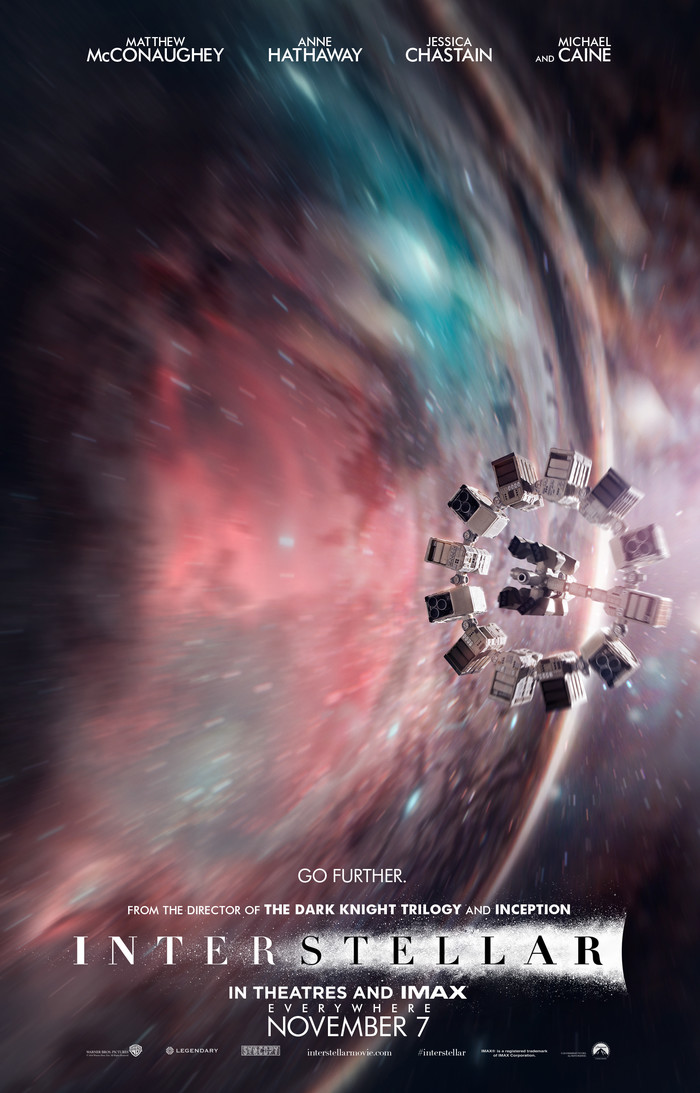 On Saturday I went to see In­ter­stel­lar. I had heard many opinions about it. Dodo was praising it to heavens. Some colleagues said it was boring and way too long. Other complained about the *spoiler*. Other said it was very good.

First let me describe the Swiss cinemas (gross over­gen­er­al­iza­tion, this being my first time in one). You have way more legroom, so you can actually sit com­fort­ably and people can walk past you without you having to get up. A big surprise for me was that at the middle of the movie you have a 5-10 minute break, where you can go to the bathroom, stretch your legs or buy more popcorn. Another thing, but that might have been my imag­i­na­tion only, is that the speakers seemed to have been of better quality (less distortion at loud volumes/extreme fre­quen­cies).

Now, let's get back to the movie. Obviously, I'll continue with spoilers.

The story is that sometime in the future, about 50 years from now, there is a plant blight that keeps mutating and destroying all kinds of crop. Also, there are some huge dust storms all the time. For some reason, people are embracing hippiness and renouncing technology and progress and embracing farming more and more.

The main character is a former NASA pilot, who has taken up farming and uses his en­gi­neer­ing skills to make automated harvesters. His home is targeted by some grav­i­ta­tion­al anomalies, which he decodes to be co­or­di­nates. When he goes there, he discovers a NASA secret facility, where they are making a space ship to go through a wormhole that has been discovered close to Saturn.

So 4 humans and 2 robots (which are super cool and funny and actually have per­son­al­i­ties) embark on the voyage to save mankind.

And we visit new planets, screw up, get betrayed, yada, yada, yada, some twists, some surprises, but nothing that makes me go wow. But then comes the "huge" twist: the main character ejects into a black hole so that the spaceship can escape (Newton's third law). Leaving aside the ques­tion­able science behind actually getting into the black law without being turned into a roasted human spaghetti, the black hole turns out to be a ... place where time is rep­re­sent­ed as a spatial dimension and that he can influence things via gravity. When he realizes this, he starts sending the messages back into the past, so that he will get the co­or­di­nates to the secret NASA base and so on. He is the only one who can do that because of his love for his daughter, which transcends space and time.

This was pretty much the most annoying part of the movie. I understand that you relax a bit the laws of physics and the guy doesn't get roasted when going into a black hole. But love tran­scend­ing space-time? What????? 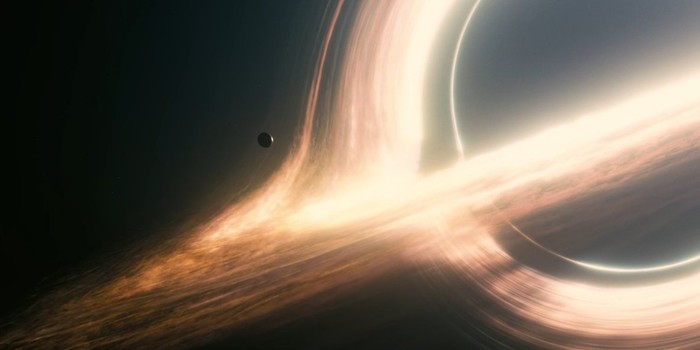 The Internet is full of charts and diagrams explaining the timeline of In­ter­stel­lar. Give me a break. It's a standard stable time loop, the sort of which has been used over and over again in science fiction literature, such as Isaac Asimov's End of Eternity. This was one of my main grips with Inception too, that it was overhyped as super com­pli­cat­ed and hard to understand.

In­ter­stel­lar is an awesome movie, I will probably watch it again when it comes out on Blu-Ray, it has superb visuals, the soundtrack is awesome (Hanz Zimmer did it again) and I can overlook the scientific in­ac­cu­ra­cies (and I'll close my eyes at the purely fantasy bits), but please don't tell me it's a com­pli­cat­ed movie. It's a pretty movie. It even furthered science, by dis­cov­er­ing a more realistic simulation of black holes. +1 for the rendering team. But it's not a com­pli­cat­ed, mind-bending movie.

Overall, I enjoyed the moview very much, so I'll give it a 9.

P.S. I think I should start going to the cinema more often. Here in Switzer­land you have two choices: watch the movie with German dub (and no subtitles) or watch it in English, with German and French subtitles. I think this would be the easiest way for me to pick up German. Combining the useful with the enjoyable :D