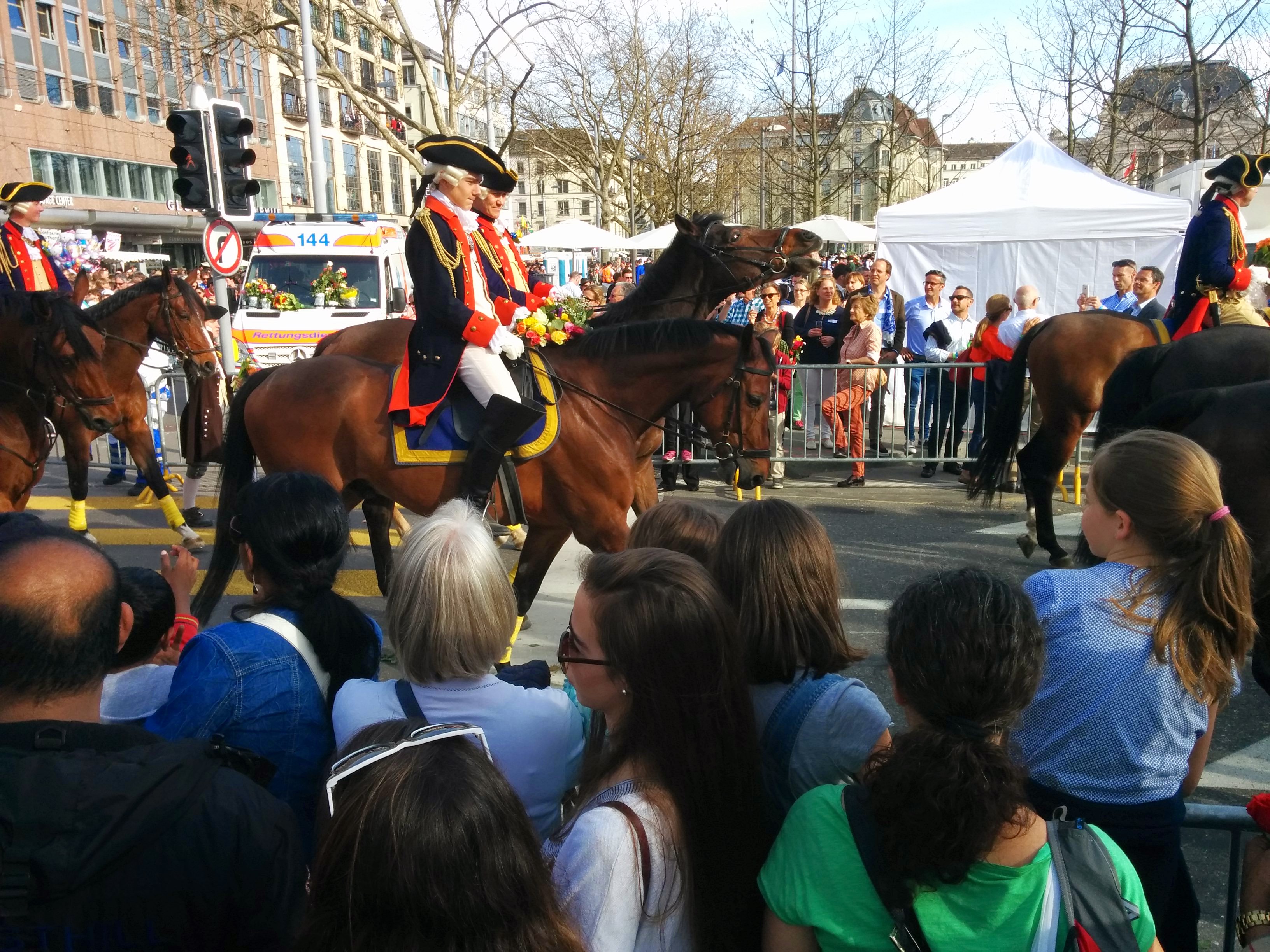 There is a huge parade, in which the 39 guilds from Zurich take part. They dress up in their tra­di­tion­al costumes, some of them ride horses or carriages, and they have marching bands. The parade marches on the streets of Zurich for about 3-4 hours. 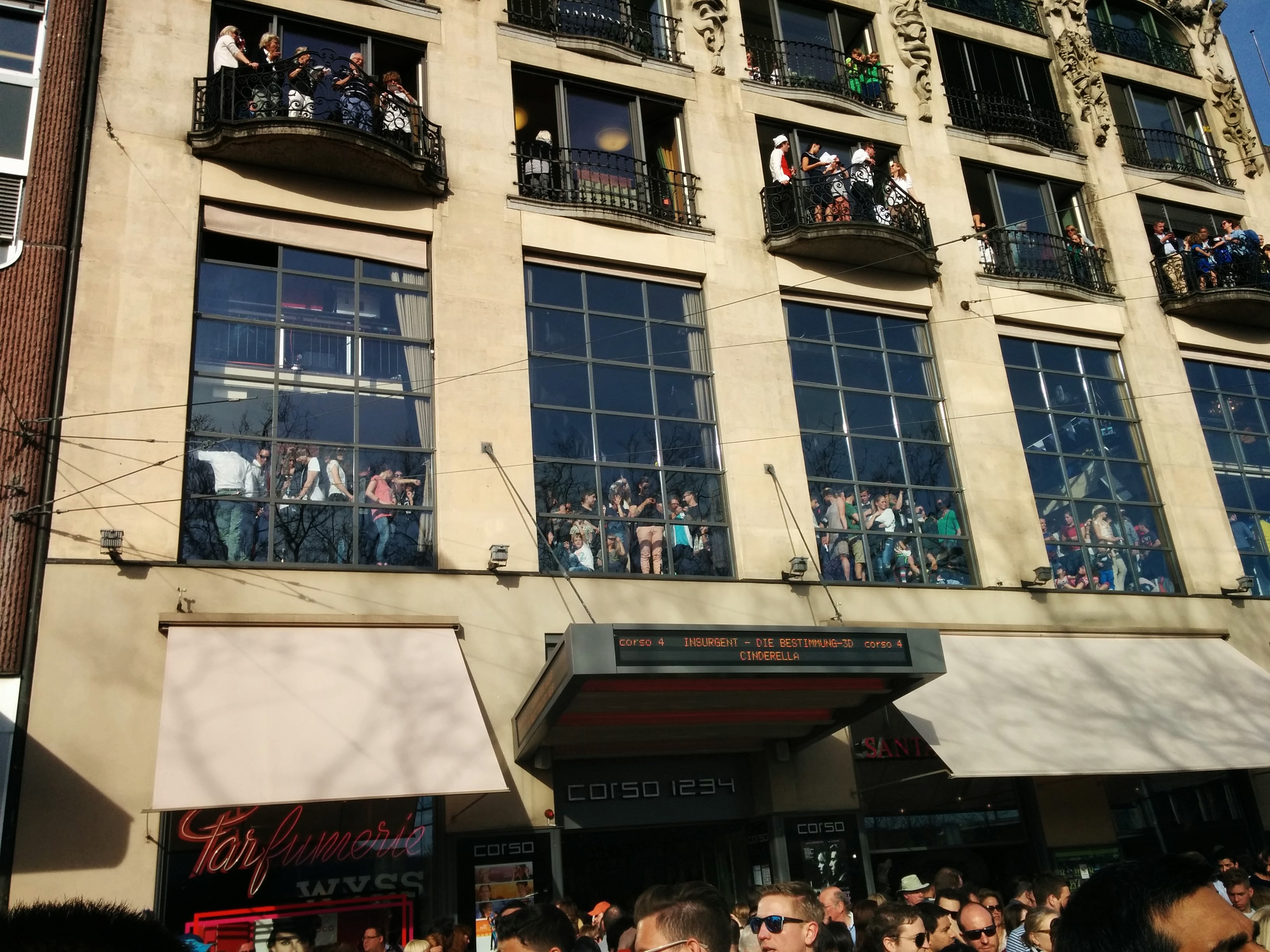 The area where the parade goes gets very crowded, so people try various creative ways to get a better vantage point. Some people go to the Cinema Corso and watch it from the windows there :D But the police officers have the best viewing point: from the top of the tram stations. 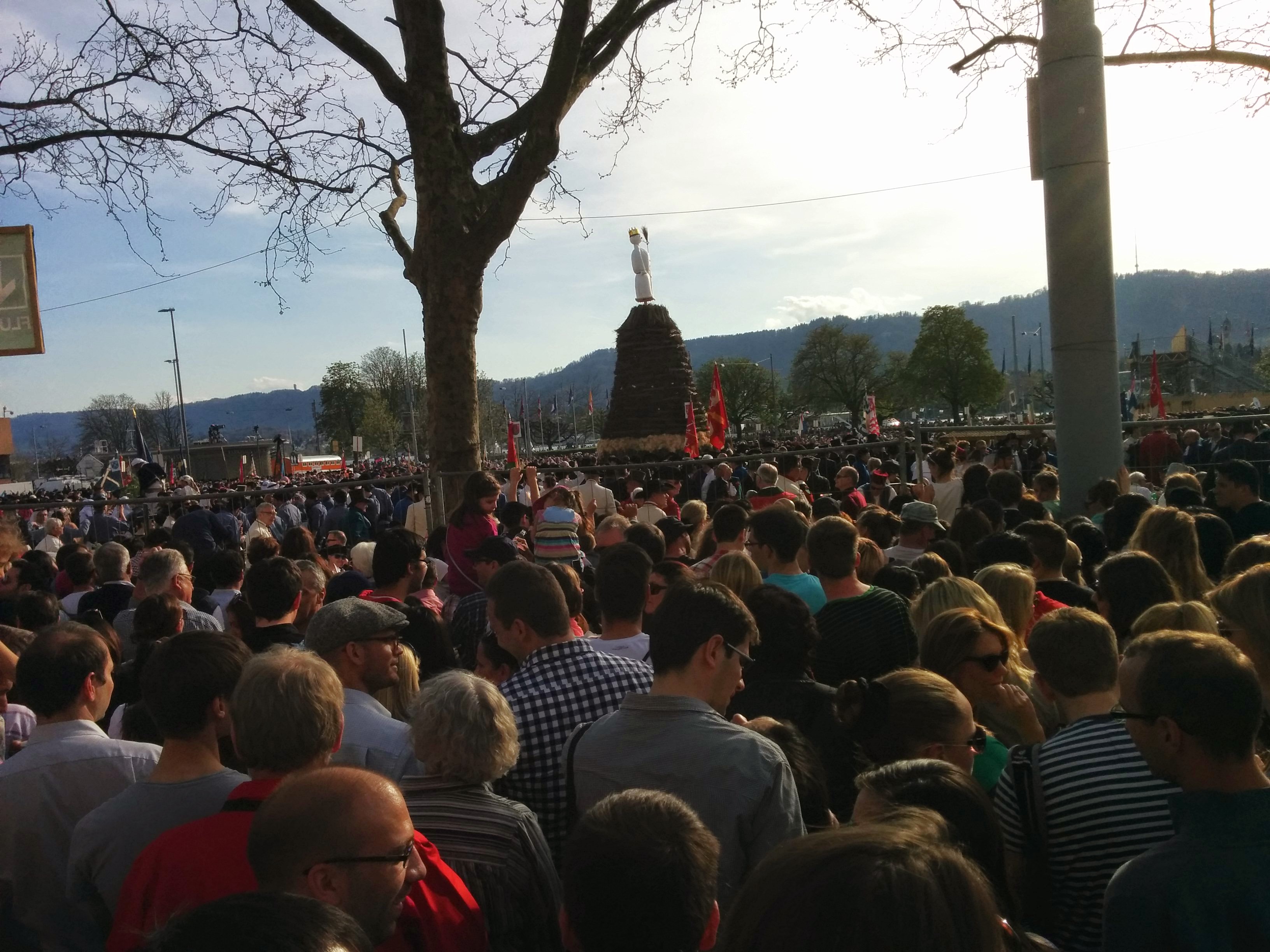 But the best part of the holiday is the burning of the Böögg. The Böögg is a fake snowman, stuffed with explosives and fireworks, which is put on a big rug, and then set the fire.

The tradition goes that if the the time that elapses from when they set him on fire until his head blows up is short, the summer will be good, otherwise it will be bad. This year it was about 21 minutes :( (usually it is 11 minutes).

Watching the snowman burn is really fun, because of all the explosives stuffed in him, which start blowing up randomly. The head especially has a big explosion.

After this, the fire is allowed to die out and for the ashes to cool down a little bit and then you can have a barbeque around the remnants of the snowman. When the access to the plaza is opened, people rush to get a spot that is close to the fire and then they start getting coals.

There are two small problems: the fire is really, really, really hot, so it is unpleasant to get close to it with a normal shovel. Some people solve this problem by bringing a shovel that has three handles attached one after the other, so they can grab coal from 5 meters. The other problem is that some explosives still survive and then randomly blow up. I was there with colleagues from work and we were all exclaiming surprised whenever we heard an explosion and we were really happy that we had already gotten all the coal we needed. But the rest of the people around us seemed to be completely unfazed and continued taking coal and carrying it on the shovels, through the quite crowded plaza, yelling "Achtung! Heise!". 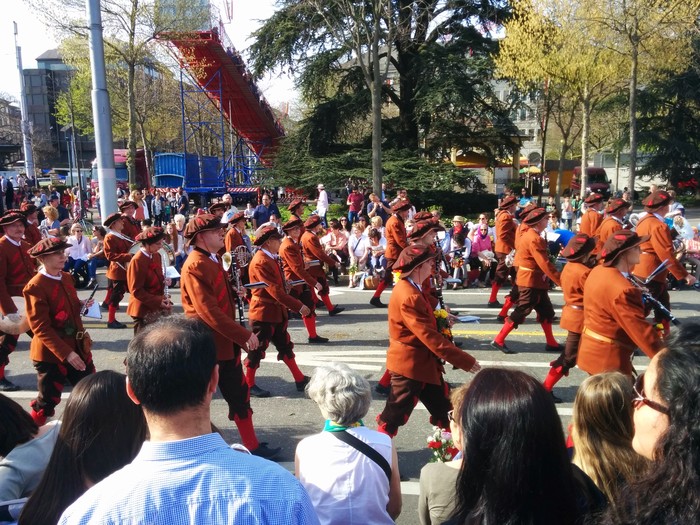 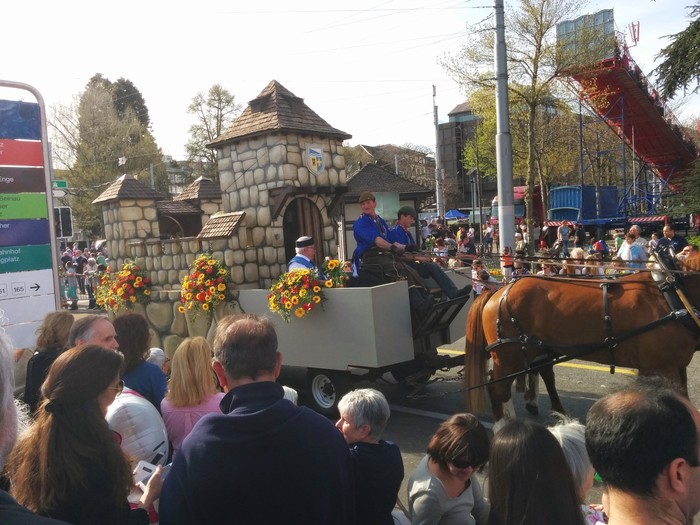 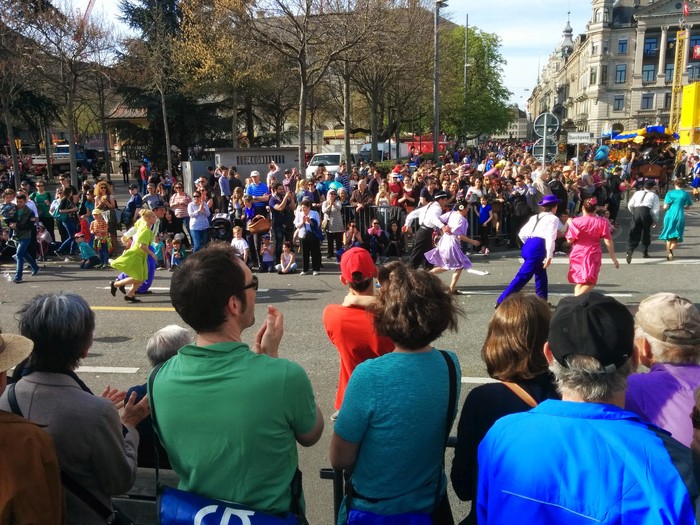 Sech­seläuten was a really fun event and another in­ter­est­ing Swiss tradition.