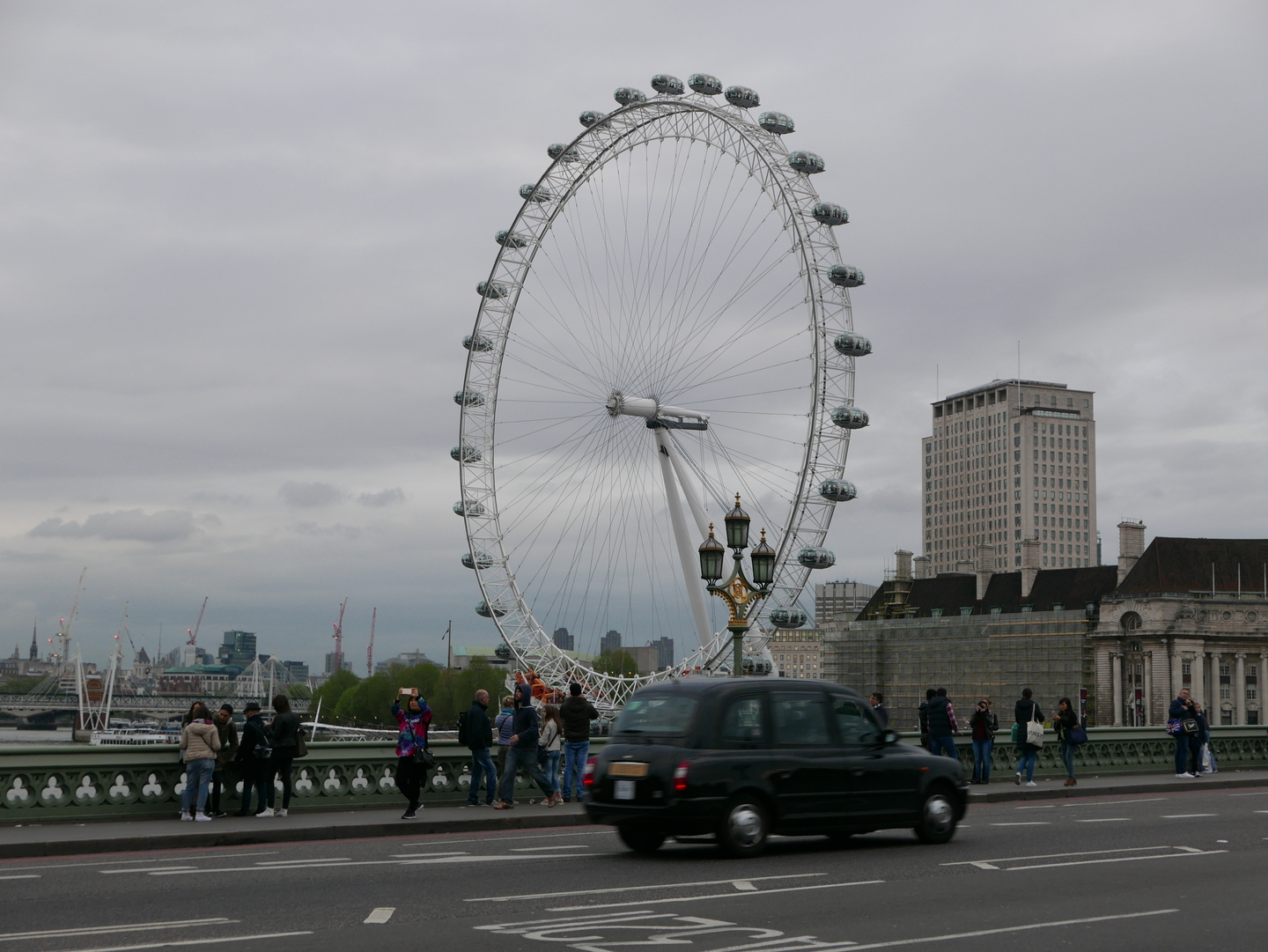 I was oncall the week that ended in the long weekend of the 1st of May. It was a rainy weekend and I had to stay inside the house, during my shift, but because it was rainy, it wasn't very tempting to go outside even after it. So I decided I would take an extended weekend to relax after my shift and to get away from computers. I've always liked British culture and I also have several friends in London, some of which I haven't seen in ages, so I decided to go there.

The first thing that shocked me about British "culture": red lights for pedes­tri­ans are optional, just like most fields in a protocol buffer. Especially after being in Switzer­land for 8 months, this always made me squirm and feel un­com­fort­able when crossing the red light, even after checking that no cars are coming. And it wasn't such a problem with the cars driving the "wrong" way, because right before the crossing, there was a sign painted on the road saying which way to look. 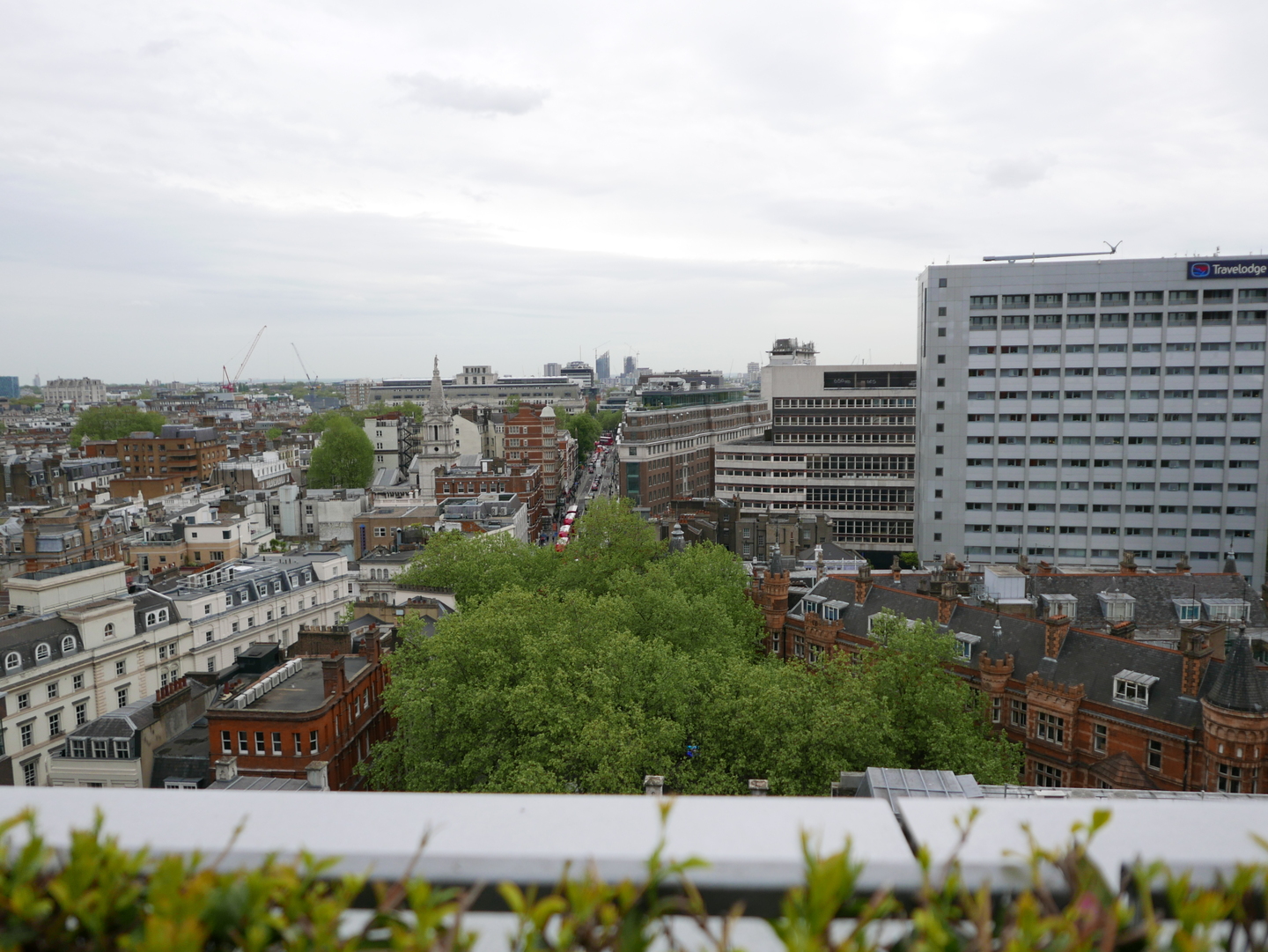 The first thing that I visited when I got to London was, of course, one of the Google offices there. I have a friend who works there and I wanted to meet with him and we had lunch together. The offices there are soooo cooooool. The one I was in was not an en­gi­neer­ing office, it had a huge video recording studio for YouTube and an awesome terrace on the 13th floor of a skyscraper. And four kinds of cake and two non-cake sweet things for desert... :">

The second thing that amazed me was just how big London is. By population, it is bigger than Switzer­land (more than 8 million people) and by size it is almost the size of the canton of Zurich (1572 km^2). I think it's the largest city that I visited and where I stayed for several days.

Because I wanted to see London itself and not the crowded un­der­ground, I mostly walked. A lot. On the first day I did 21 km on foot, on the second day 14 km and the third day "only" 10 km. All of this confirmed in me just how big London is. If I had walked this much in Zurich, I could have crossed it from North to South and from West to East. 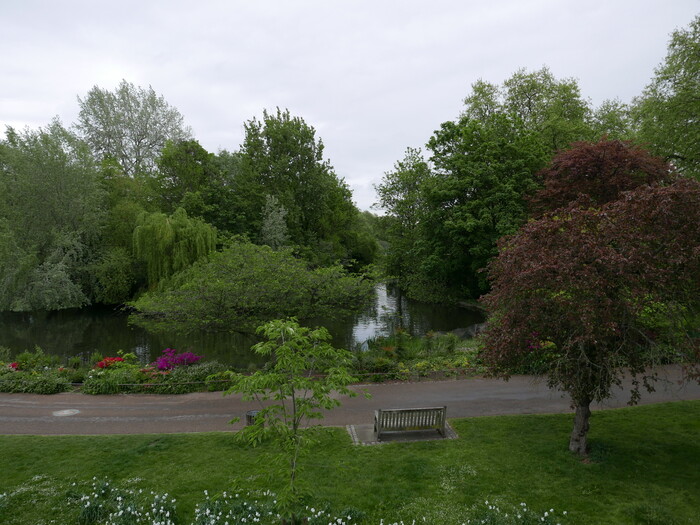 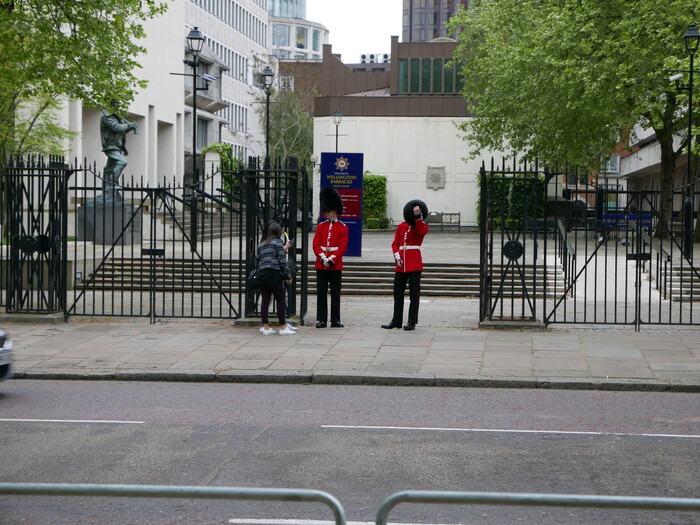 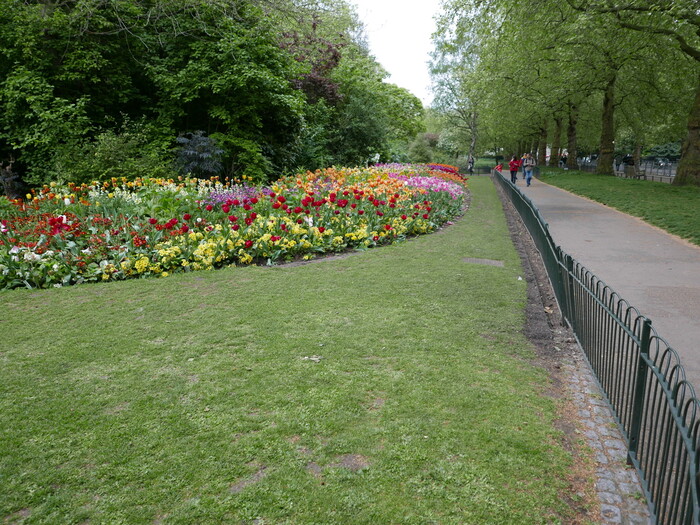 What I really enjoyed in London were the green spaces. It has a lot of huge parks, which are very well maintained. I had the pleaseure of walking quite a bit through Hyde Park and the Kensington Gardens and I stayed close to Regent's Park and it was just amazing. In the middle of the city, these nice, peaceful oasises of green. Perfect place to relax.

But of course, not all of London is parks. They have plenty of high sky­scrap­ers, including one that goes up to 306 m (The Shard). And they are building a lot more and they are renovating half the city. And my friends said that when they finish renovating this half, they'll start renovating the other half, so it's always under con­struc­tion. 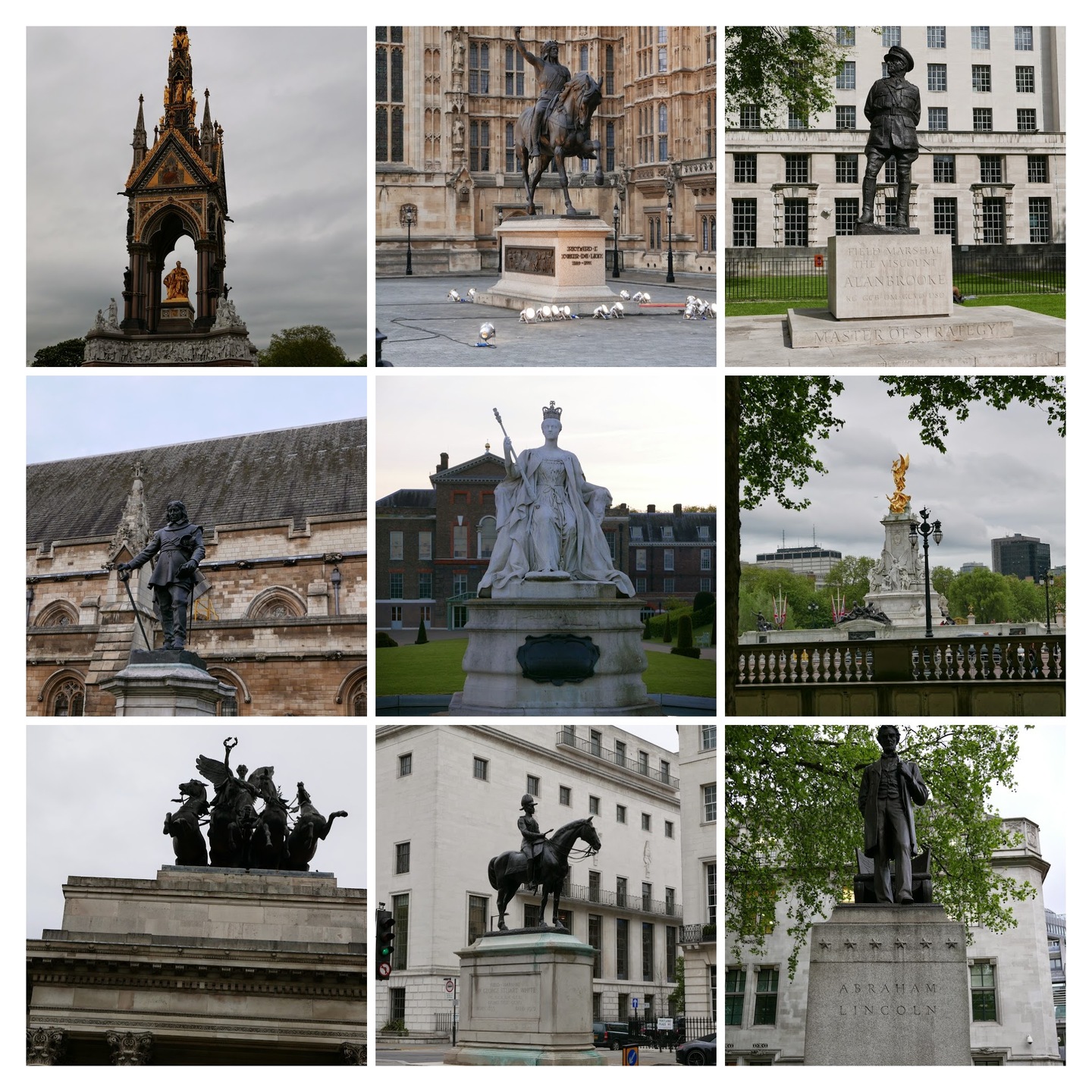 Another thing that London is full of is statues. Having had lots of kings and queens, all of them must have some statues somewhere, and some of the nobility too. And of course, the more important people get gold covered statues :D

One thing that I found odd was the style of long houses that sometimes stretch along the whole street. For some reason, they all seemed to be to be divided into quite small apartments that looked cramped from outside. It's like living in a house, but with the dis­ad­van­tage of having close neighbours, just like in an apartment. To me it felt weird.

Food: fish and chips are awful. I went into a pub, called The Rising Sun, on Saturday to have some of the famous British fish and chips. Big mistake. I don't know if the pub had crappy food or if just fish and chips in general are awful (or both), but I couldn't even get myself to finish my portion. 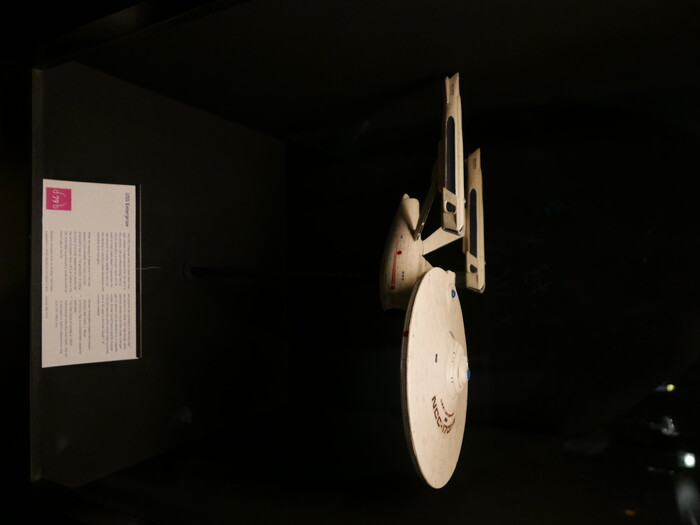 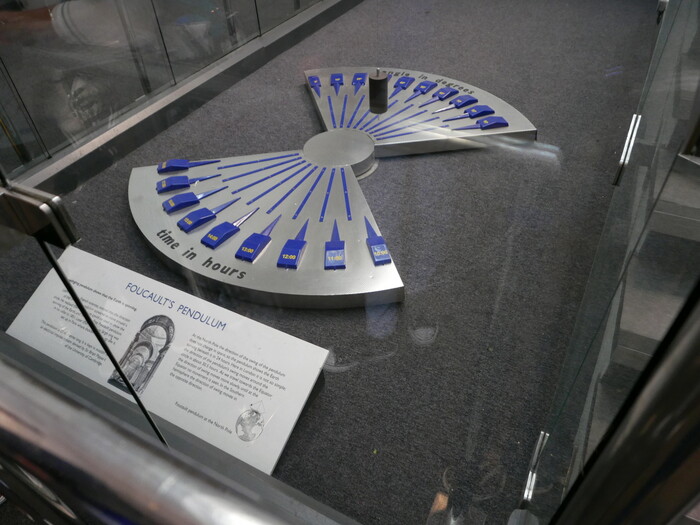 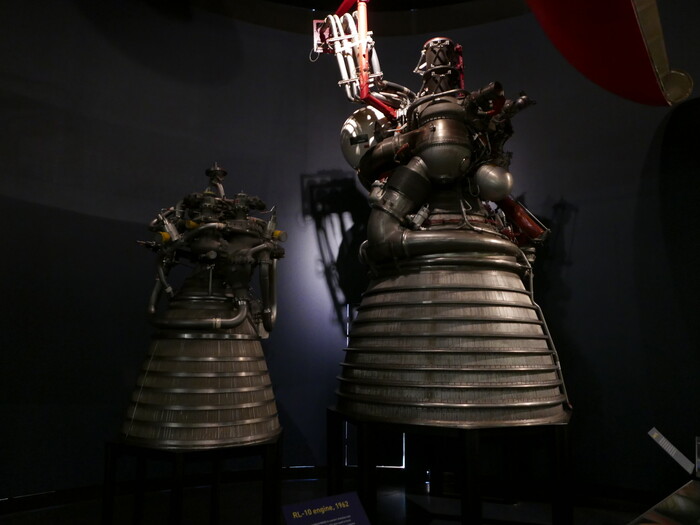 After lunch I went to the Science Museum in South Kensington. It has three floors. Ground floor has a large section dedicated to the history of flying and space travel. Another section is about food. I found this one to be one of the most in­ter­est­ing sections. It had lots of in­for­ma­tion about how different things affect our taste sensations, our digestion, the end results and how it even influences our behaviour. There were a few exhibits showing how scientists are working on different things to improve all these things and to combat obesity. The first floor was about humans and what makes us who we are. There were many automated psy­cho­log­i­cal tests, various exhibits about historical per­spec­tives, about our genes, about our brains. The last floor was the most boring one, about climate warming (or I was just tired from walking by that time).

On Sunday I visited The London Eye, which is a giant Ferris wheel, going up to 135 m high, from where you can enjoy a beautiful panoramic view of all of London. While it is nice, it is a bit expensive and a friend told me that the view from The Shard is better :( Oh well, there is always a next time. 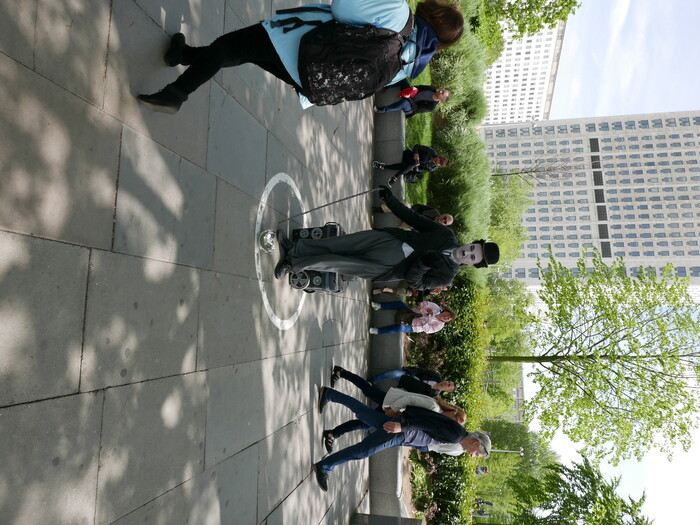 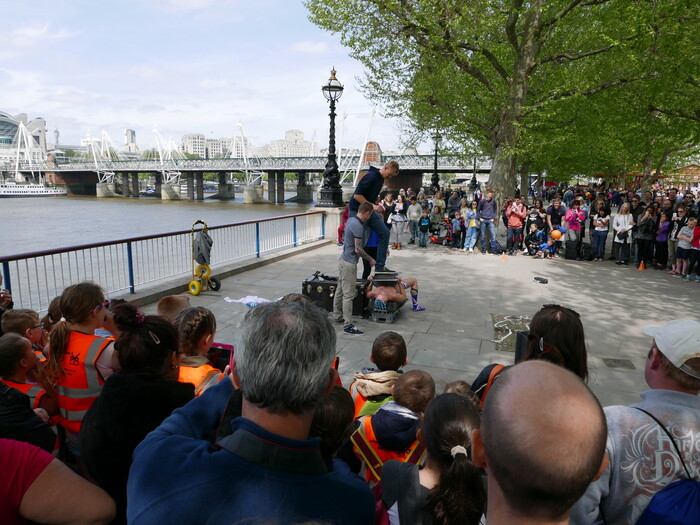 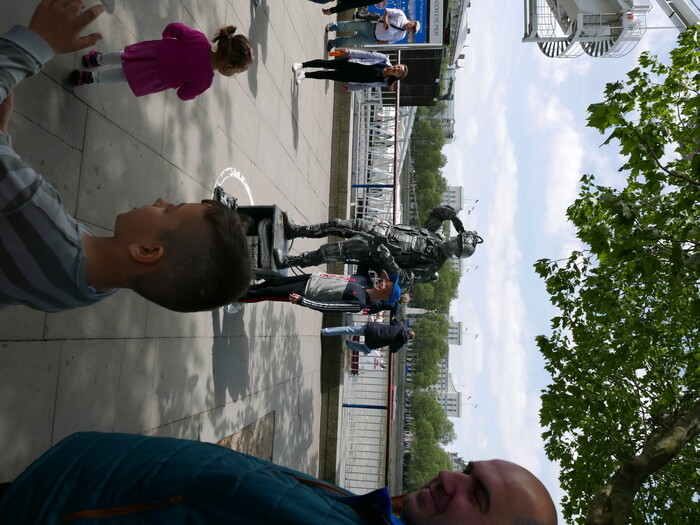 Jubilee Gardens, where the Eye is, were full of street performers doing in­ter­est­ing things, including one guy who did the limbo BELOW knee level. And there was this human tree guy who was reeeeaally well disguised. 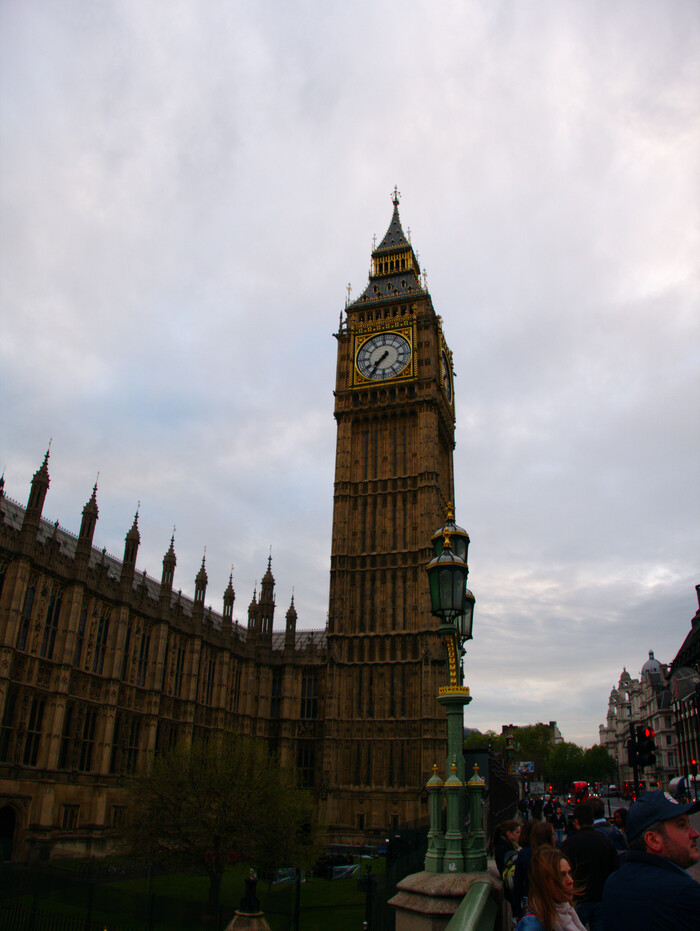 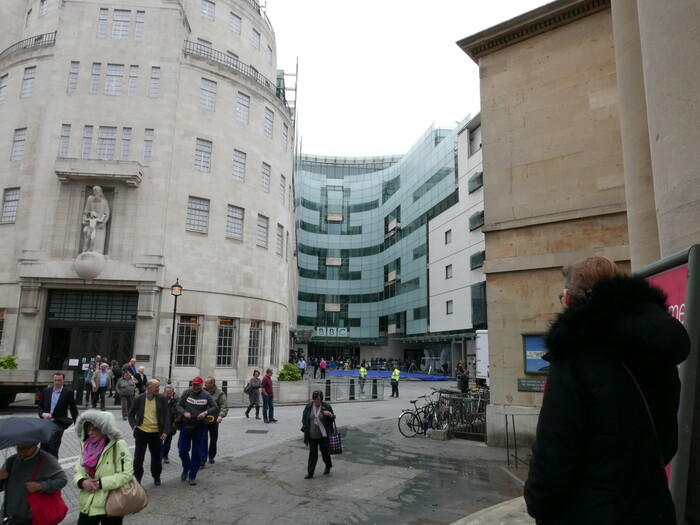 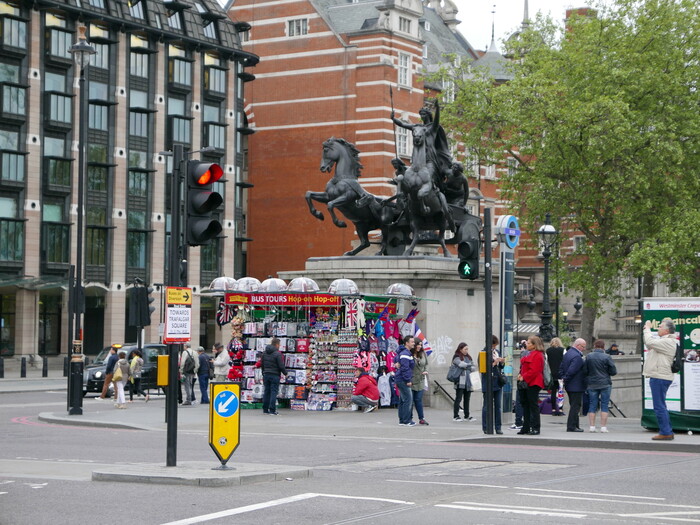 I am glad I finally got a chance to see London and to catch up to some old friends. I was talking to one of them there, a friend whom I know since the begining of high school and we talked how neither of us would have ever thought that we would ever get where we are now, to not meet anymore in Marghita, but in London. It got me thinking about the amazing way in which God has led me on this path and how grateful I am for His daily guidance.