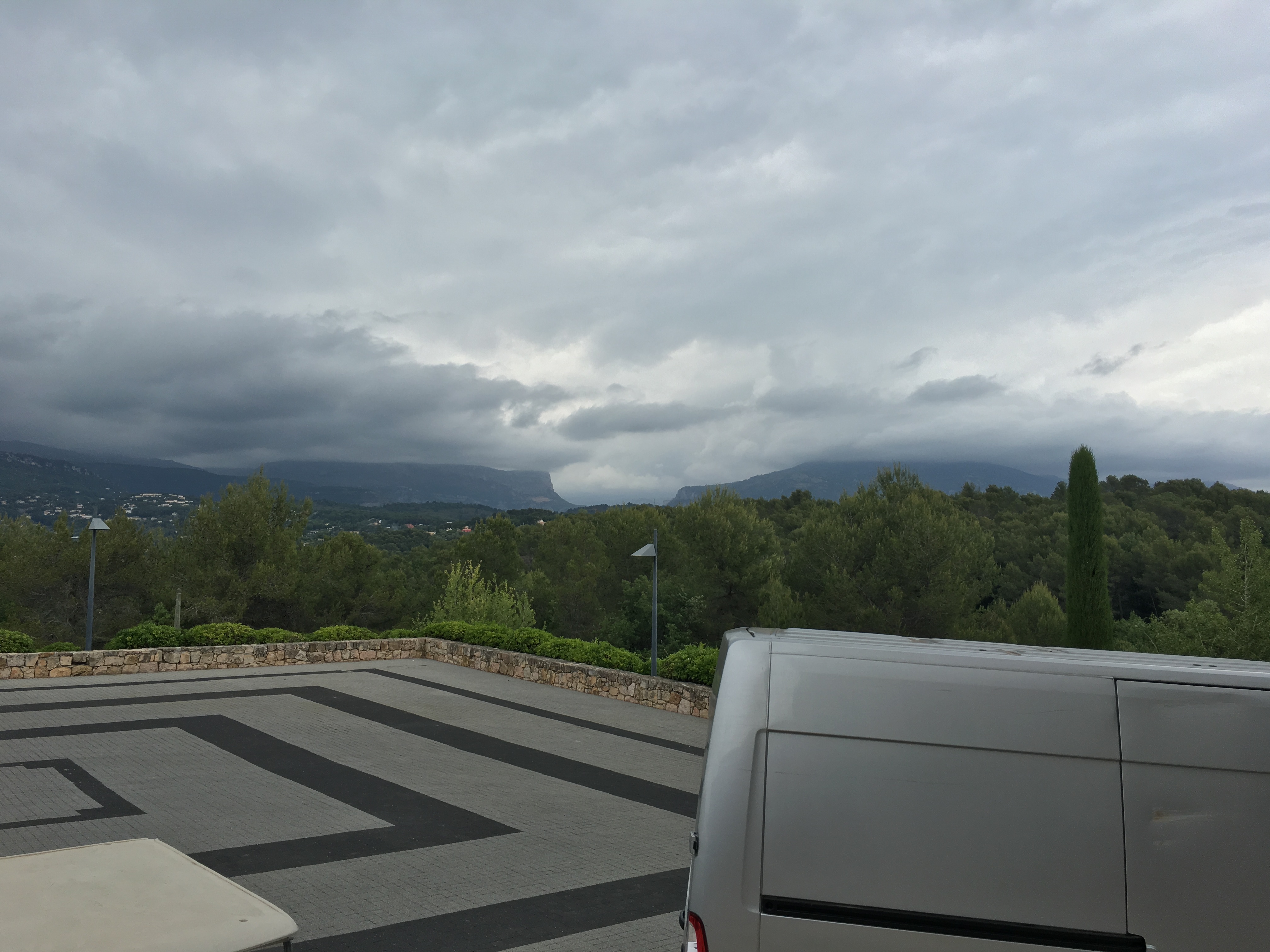 Because I had such a good time in Paris last month, I just had to go again to France, this time to the French Riviera, to hear the beautiful French language again :X:X. Or maybe it was just an SRE offsite. Who knows?

It was really exciting to go there. It reminded me of the various physics and pro­gram­ming com­pe­ti­tions that I went to in high school. Going on a plane where more then half the people were like minded nerds and spending some days talking to most exotic geeky stuff? Sounds like great fun! 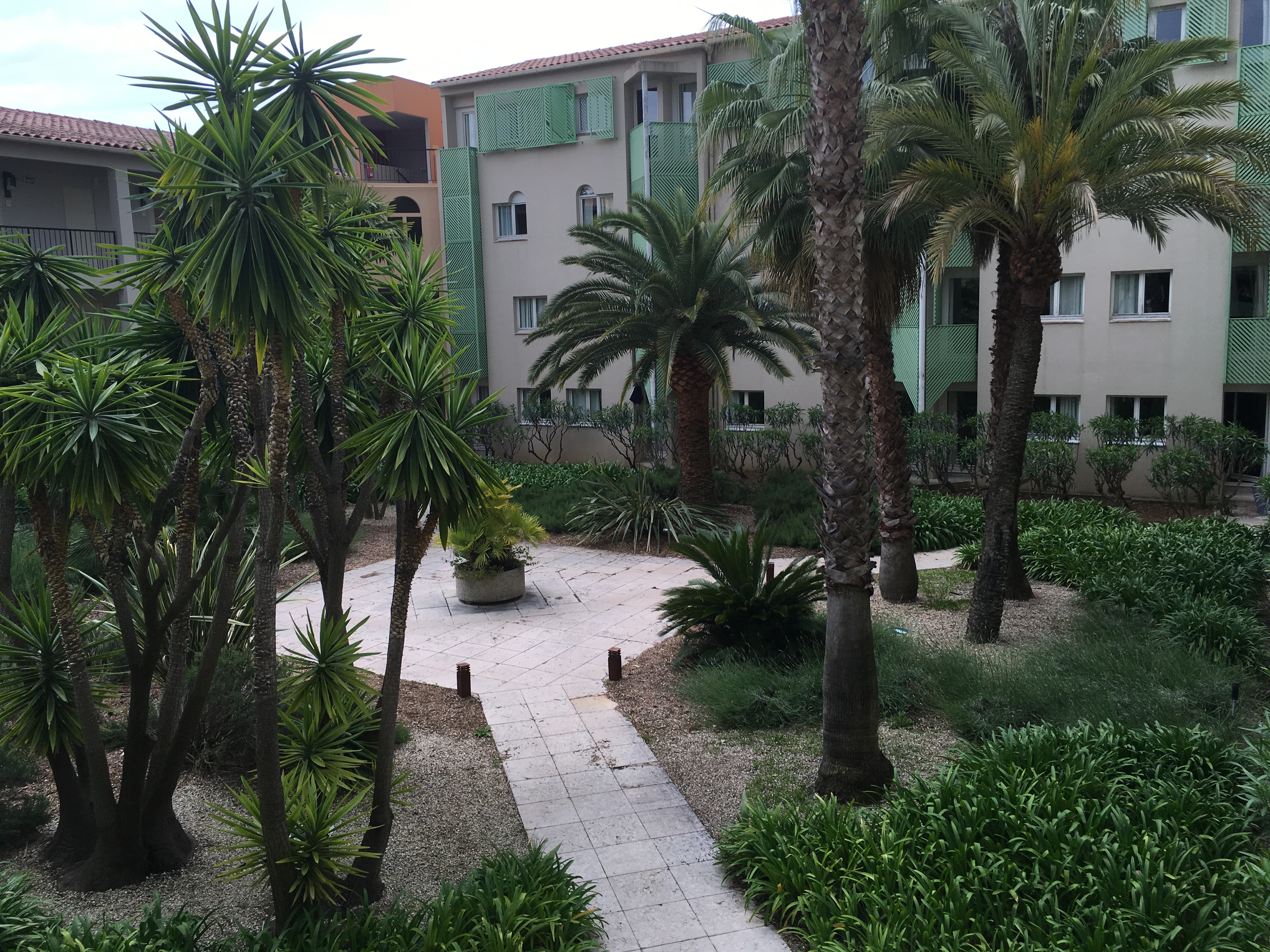 We stayed at Club Med Opio en Provence, which is half an hour's drive away from the airport. After going to our rooms, we went straight for a huge lunch, which was buffet style. We had to burn all those calories, so we went for a quick swim. The water was right at the limit of being cold, so when people went in, they inevitably cringed, but after swimming around for a while, they were fine. We tried playing with a ball and we soon realized that playing water polo must be really hard.

Next up: archery lessons. I shot with a bow before, somewhere in Hungary, and probably I activated some genetic memories too, from my Hun ancestors, because I did pretty well at this. 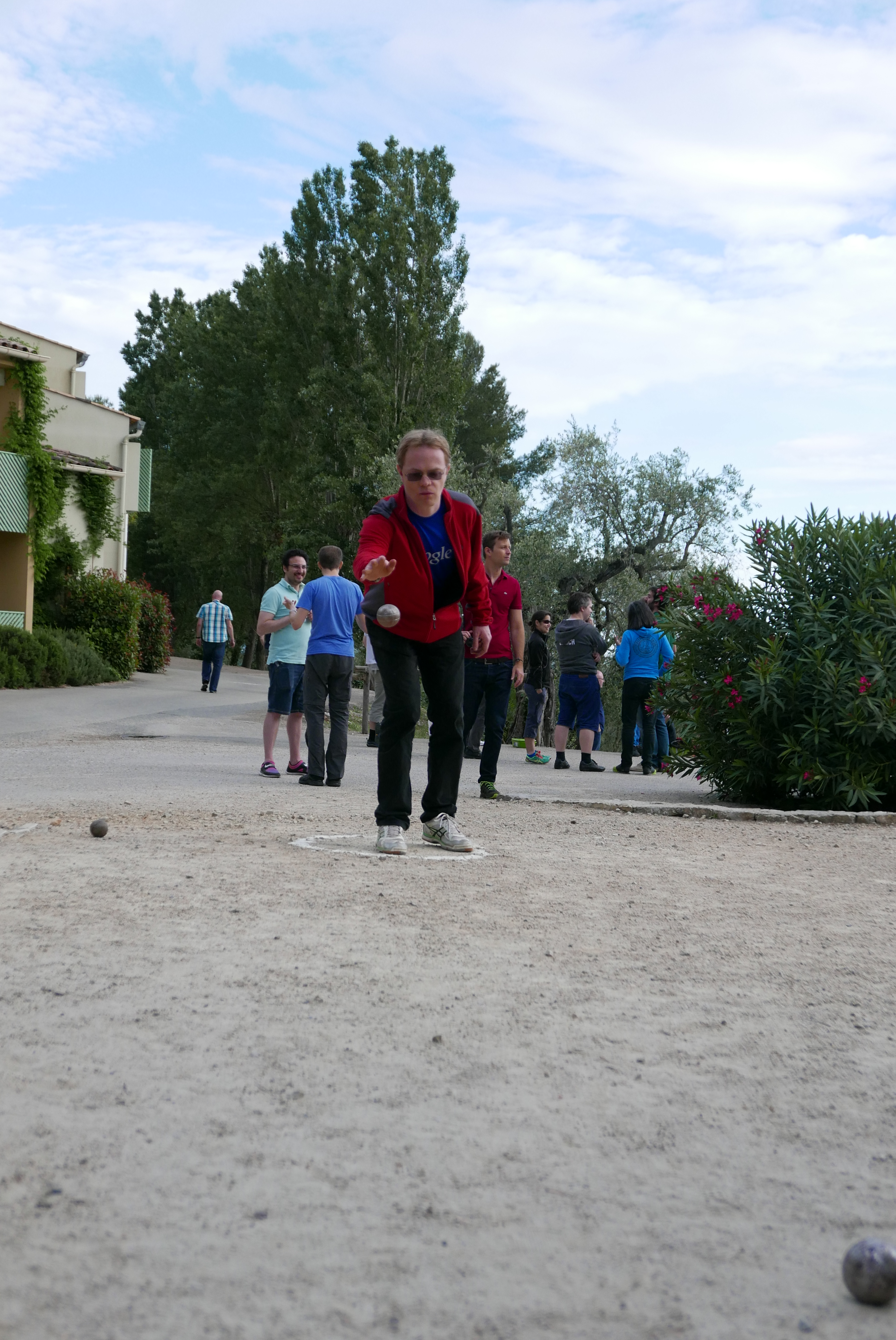 So that nobody can complain that they miss the Mi­crokitchens from work, we had an appero between lunch and dinner. But we didn't just stuff ourselves, we also played Pétanque. Together with Zhivka, we won a game against Silvio and Guillaume, even though they had played it before! \:D/ 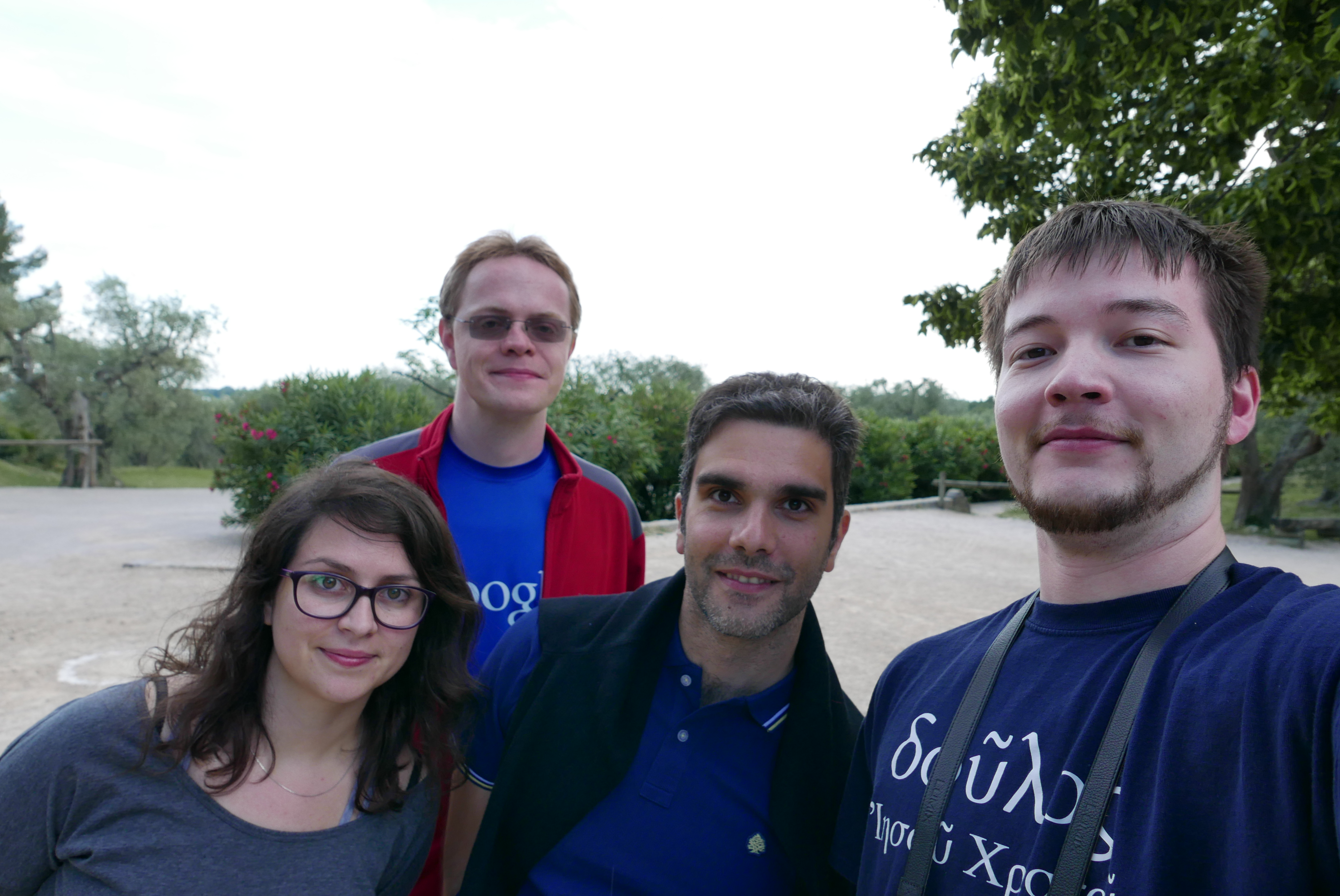 For dinner, I decided to go all in on sea food: two types of shrimps, shells and snails (fine, those are not sea food). I was very surprised by the snails! After overcoming the natural disgust towards them and actually tasting them, I found them to be very good. I should have some again and I should try more weird stuff too! 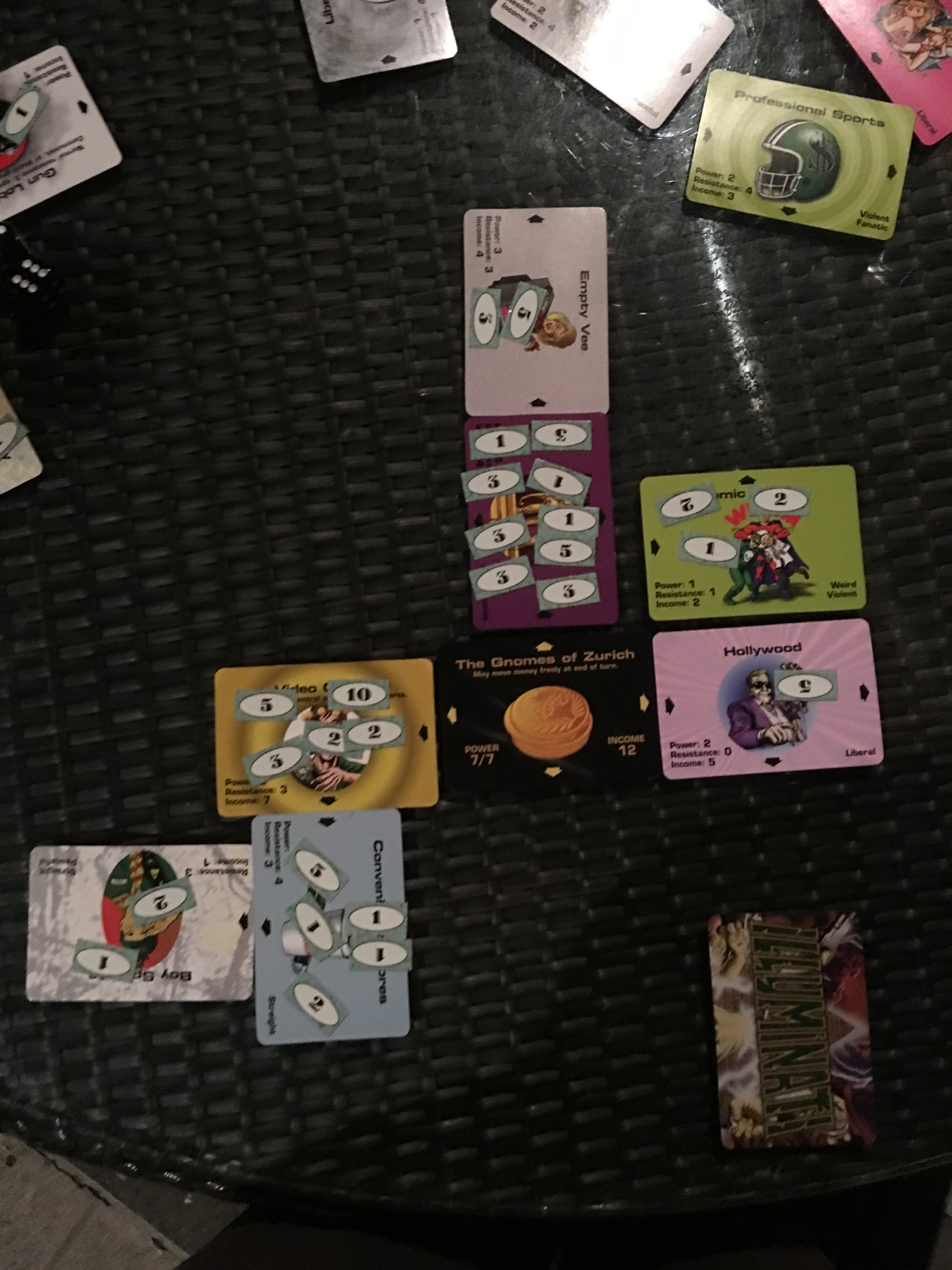 After dinner, we played a board game called Illuminati. It's probably every conspiracy theorists favorite game ever. I played with the Gnomes of Zürich and through my scheming I managed to win! We had fun, but it's a quite com­pli­cat­ed game and up until the end we kept looking up the manual for various rules.

I ended the night by having a lovely chat about pro­gram­ming languages and type theory with some colleagues from Ireland. Just like at the com­pe­ti­tions in high school.

The next day, I somehow managed to wake up before breakfast was over. We had a work related poster session and a discussion about the SRE book. It was quite funny to see how many people were on their phones during the discussion. At least that's what I noticed when I was looking up from mine :D 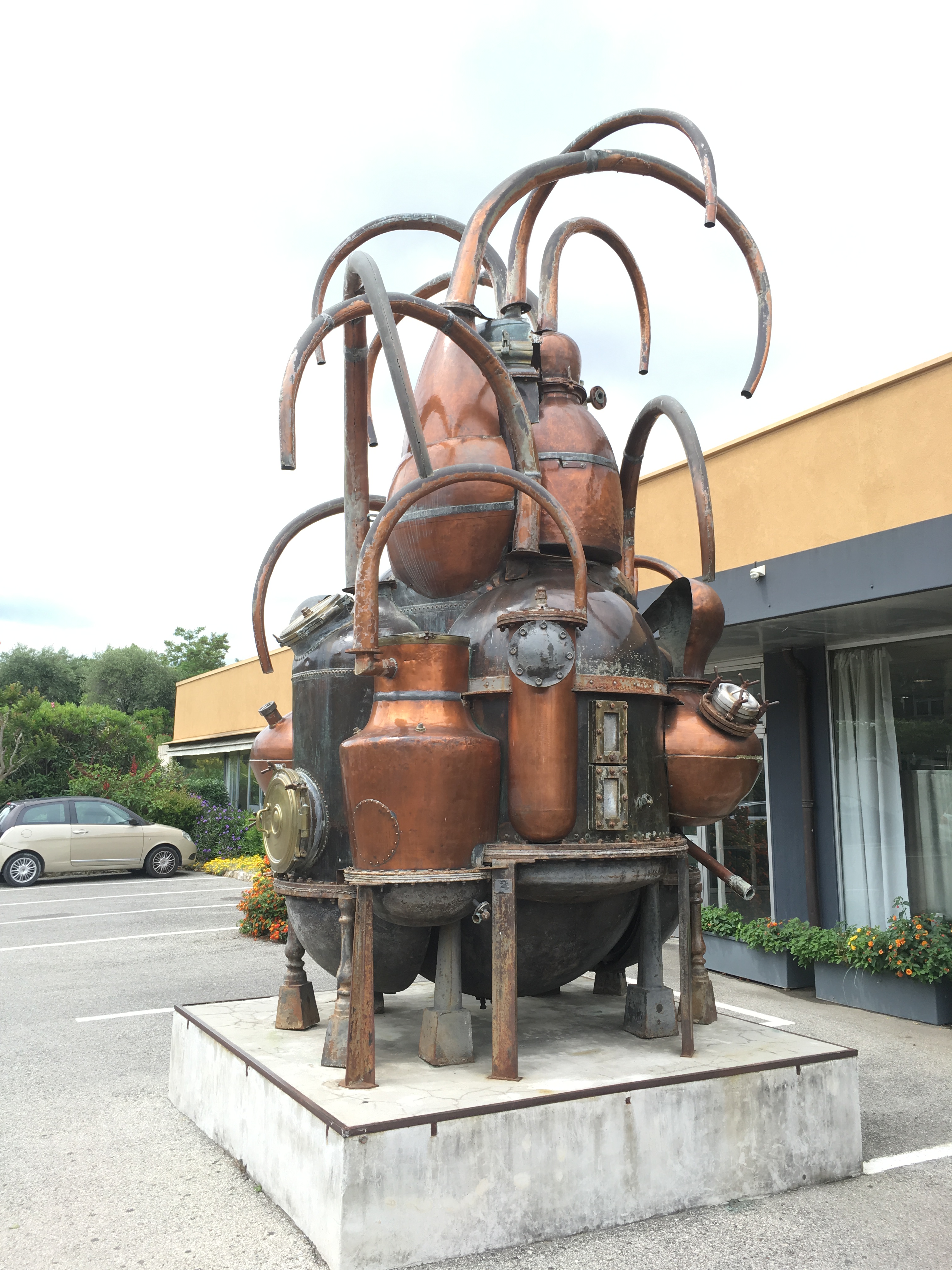 After lunch, I chose to do a perfume making class in Grasse, the world's capital of perfume. It was fun, but difficult. After half an hour of smelling different scents, my mere mortal nose can't really tell anything apart. Apparently, pro­fes­sion­al "noses", after going to school for 7 years, can dis­tin­guish up to 4000 scents. Anyway, I somehow managed to make an Eau de toilette. People haven't complained about it when I wore it. Seeing the perfume shop was even more confusion inducing, even though we only saw some of the best selling articles. Sure, this one is musky, that one is floral and that one is fruity. But three seconds later I already was mixing them up. It didn't help that the lady who was selling them made a lot of offers and deals. 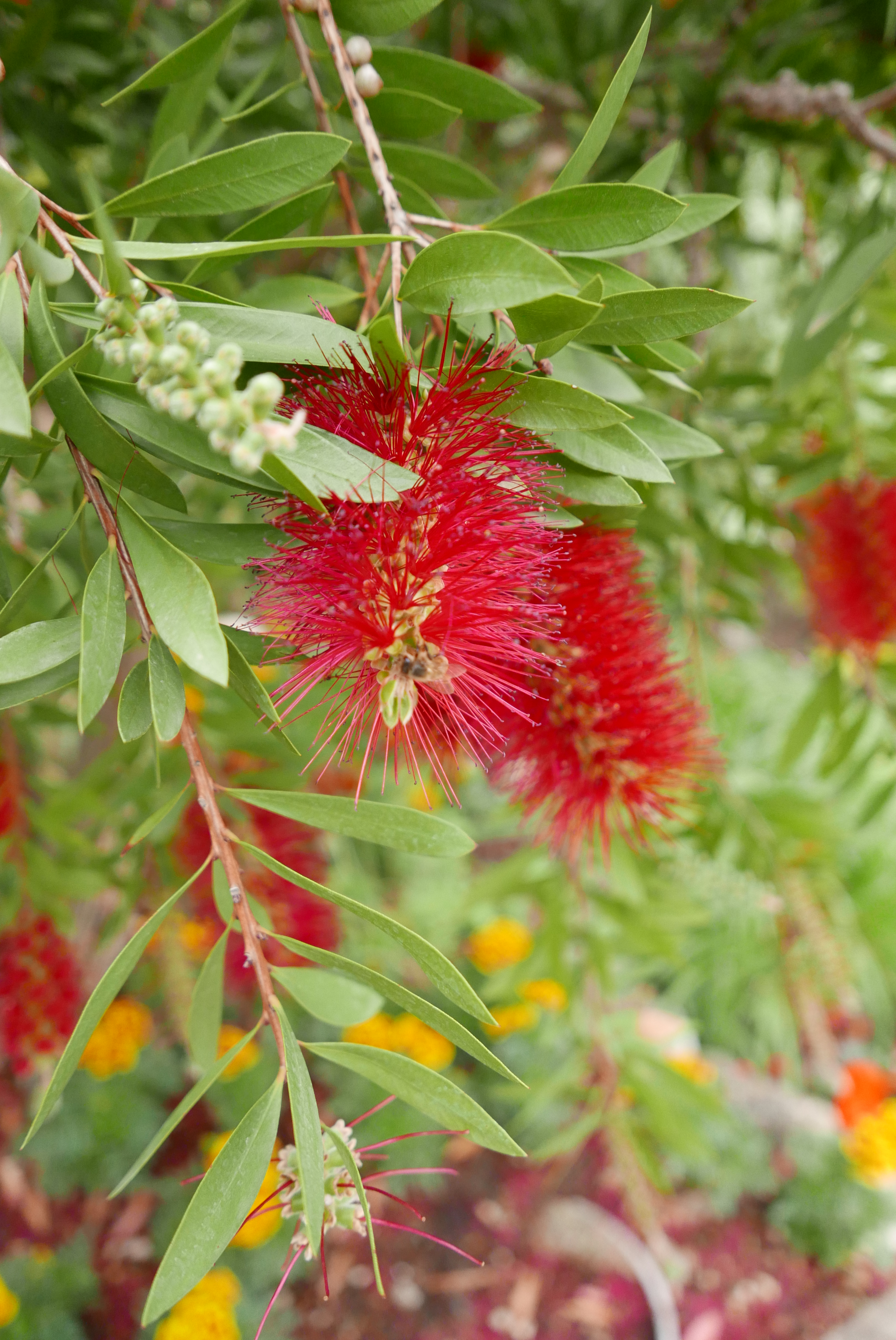 After dinner, we played another board game: We didn't playtest this at all. Well, good job on this one lads. You had a good intuition, even if you didn't playtest it. It's one of the most random, crazy and funny games possible. The rules are super simple, fit on a piece of paper the size of your palm and you just have to select cards, play them and do what it says on them. And it says the most random things, like calling everyone to a game of rock, paper, scissors, but every time the rules saying who loses are different. Sometimes it's anyone who plays something different from the person who played the card, sometimes it's anyone who plays a specific symbol. And funnily enough, even though the playing person has read the card, it happened a lot of times that they themselves played that symbol. Other cards summon a dragon to kill another player. Other cards say that you have to say "Comic Sans is awesome" before every move. And so on. It was a lot of fun. I can't wait to play the game again!

Being in France and having a guy at the table who seemed to know his wines, I tried one of the famous French wines. Nope, I still don't understand why people drink wine. That glass of red wine tasted awful, even though when ordering it, the guy used fancy words. 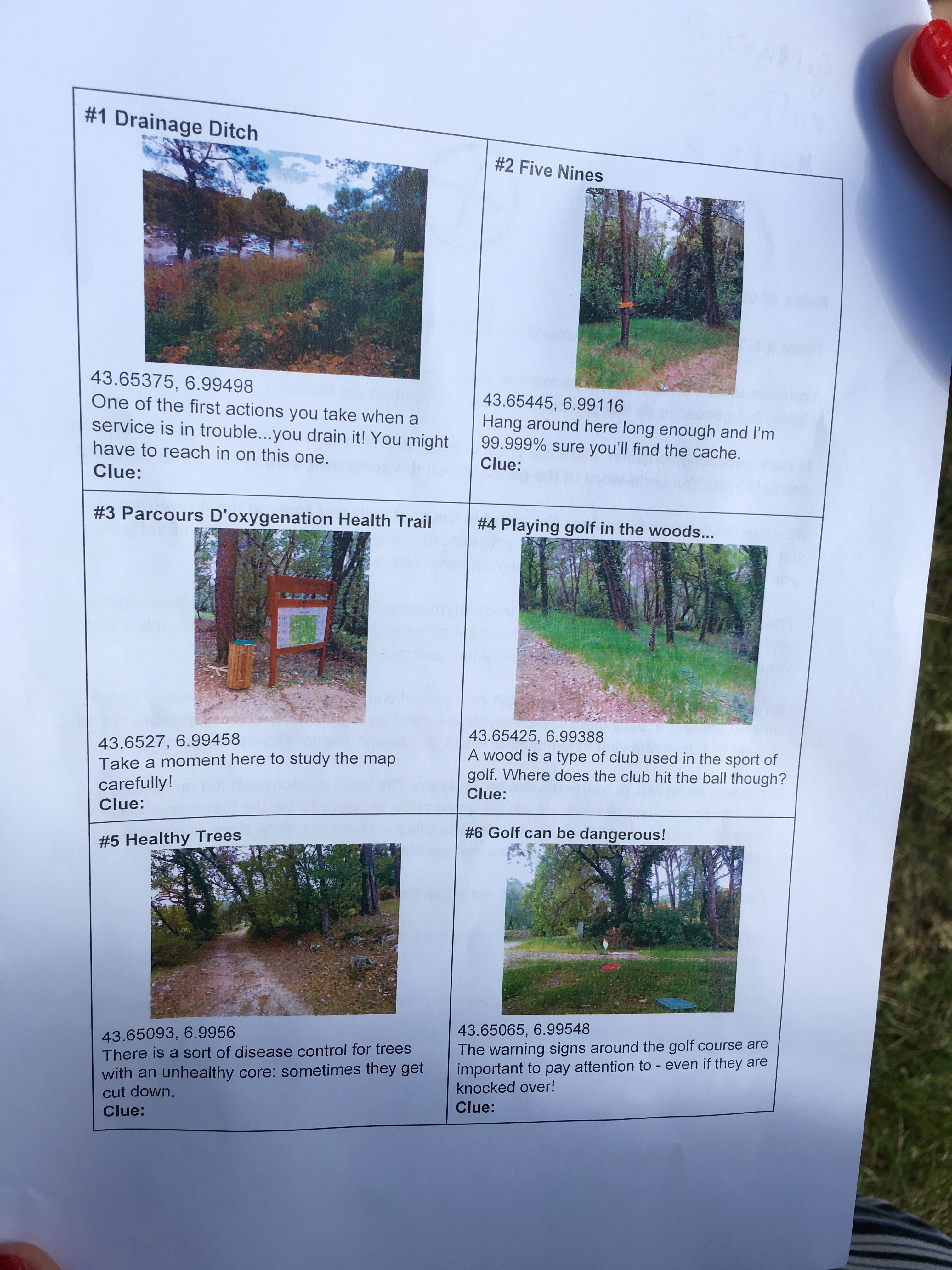 On the last day at the Club Med, we had a geocaching treasure hunt. 30 little capsules, each containing a piece of paper with the name of a star written on it, were spread on the grounds of the club. We were teamed up in groups of 2-6 people and we had to find as many as possible. My group, called The Police, managed to find about 18. All the groups were named after famous music bands, and that way I found out about The Police.

After another swimming session, some of my colleagues went earlier to Nice and got to actually see it. I missed that, so I just took a nap and watched the craziest cat ever play with itself and get scared of itself. 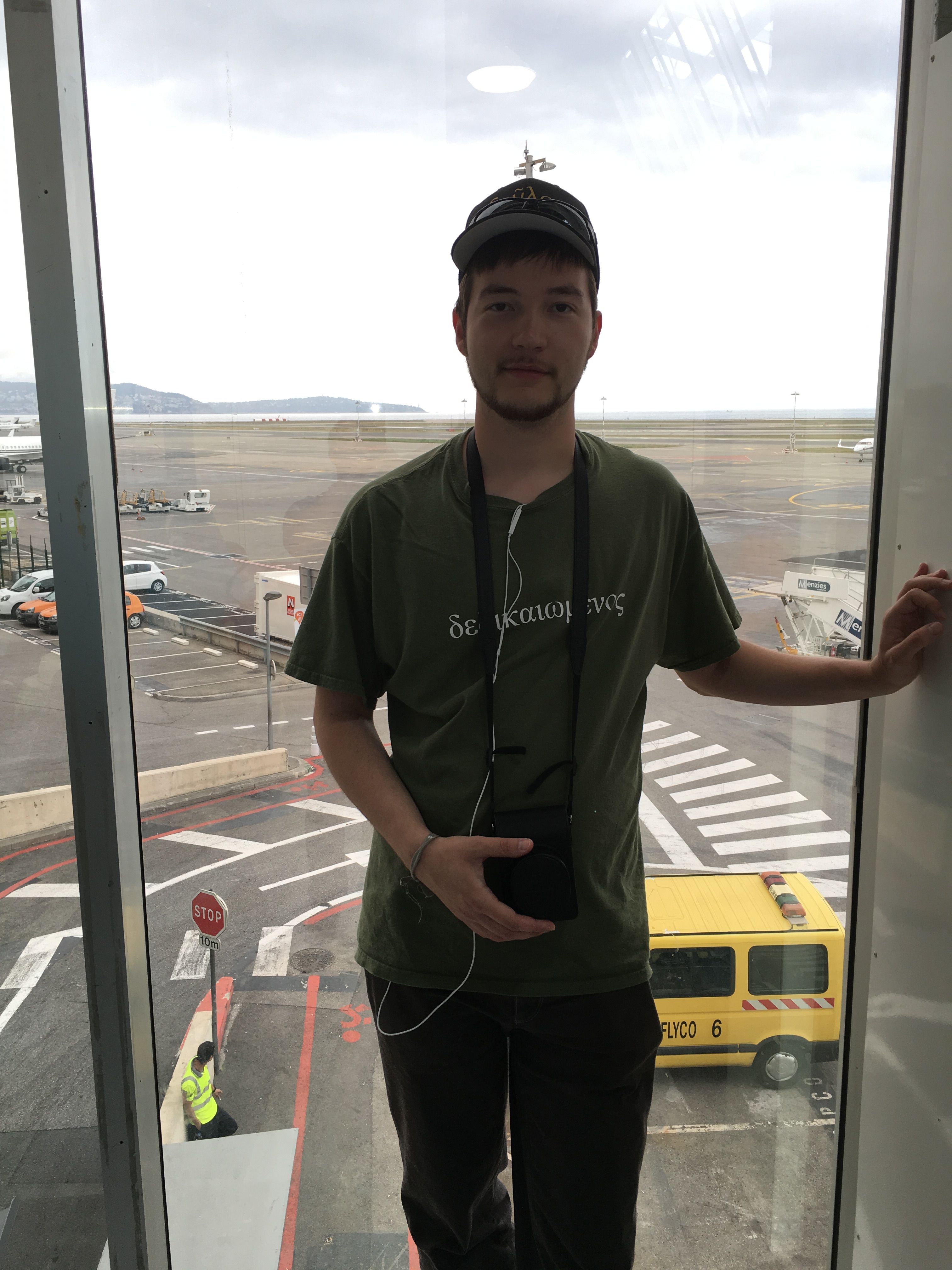 While I didn't get to see Nice, at least I got to see the sea from the airport, so I've got that going for me.

I enjoyed my time in Opio en Provence very much, but I'll have to go again, this time actually to Nice :))