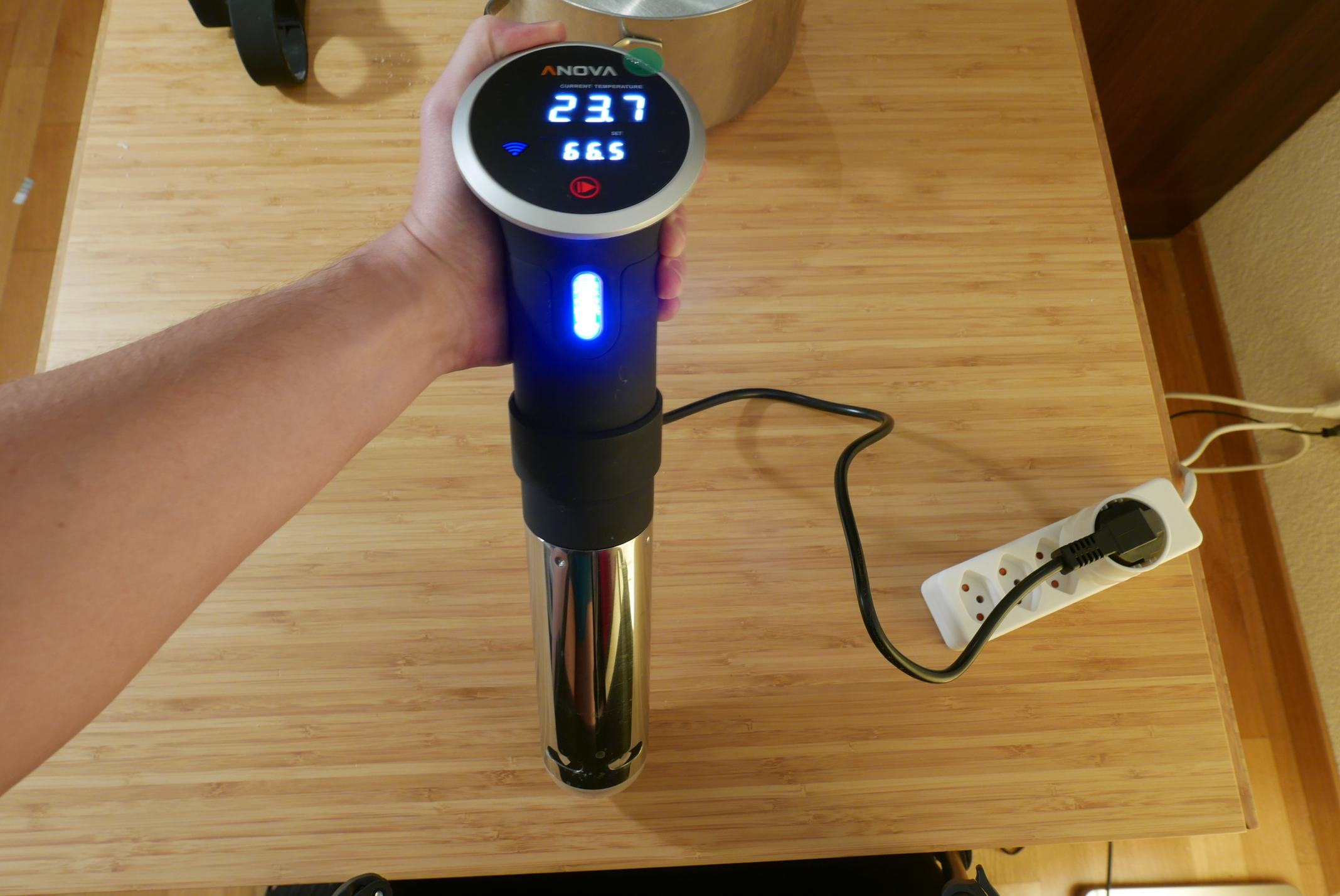 Last year I bought an Anova Sous Vide Cooker. The name is slightly misleading, because it's not generally used to cook in a vacuum, but for cooking at very precisely controlled tem­per­a­tures. 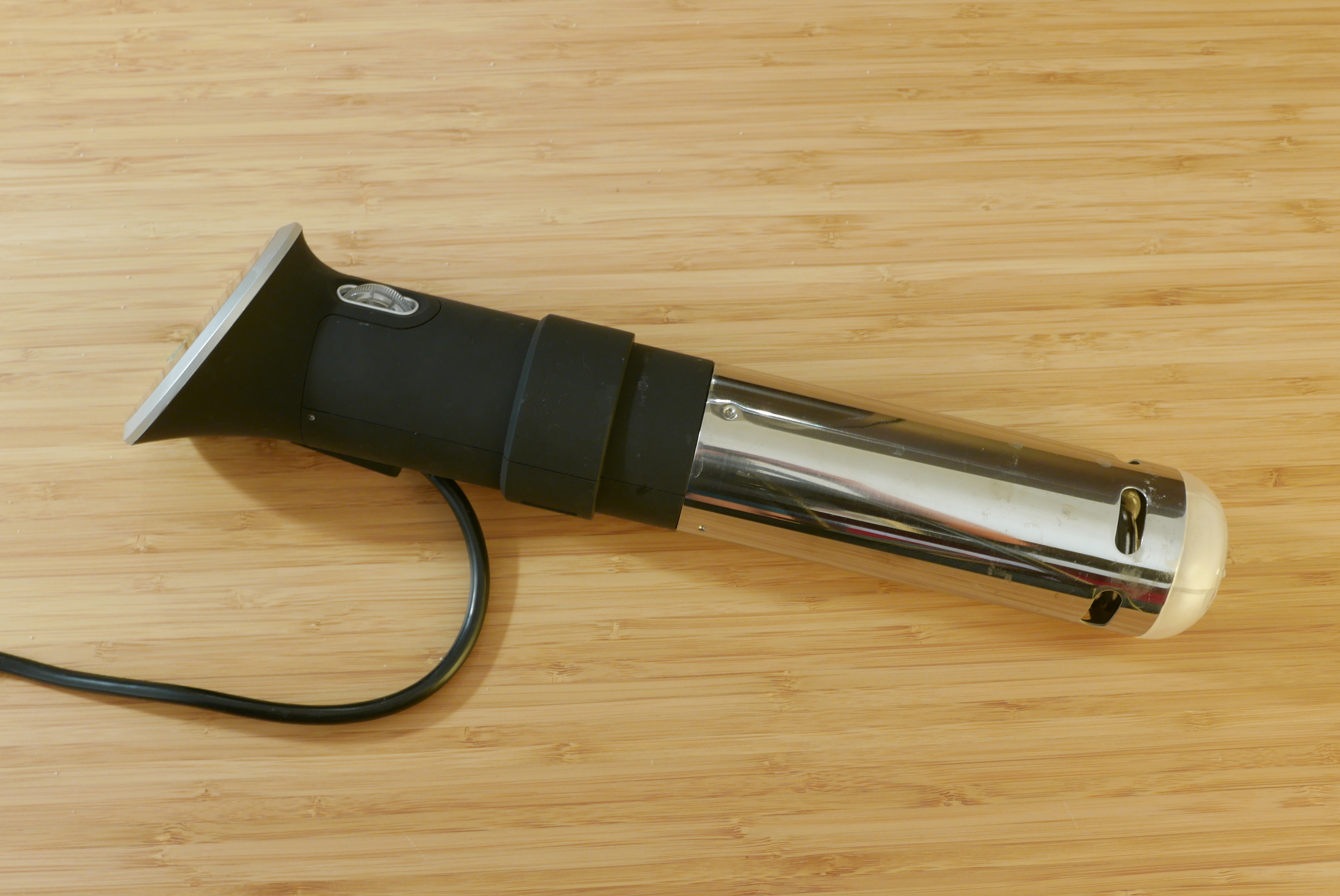 The advantage of using Anova is that you can cook various foods at tem­per­a­tures below 100 degrees, for several hours. This way, you can avoid the degra­da­tion of certain proteins. For example, egg white starts to become solid at around 65 degrees, while the yolk at 70. If you cook the egg at just 65 for half an hour, you can get a perfect soft boiled egg, with really runny yolk, while the white is solid.

Another advantage is that it's just easier to prepare the meat. You season it, bag it, put it in the water and you wait for a couple of hours. Because of this, it's easier to get consistent results every time. If you make a steak on the grill, the exact time you let it there matters, down to tens of seconds. When you are cooking it in the Anova for 3 hours, 5 minutes here or there are not that important. 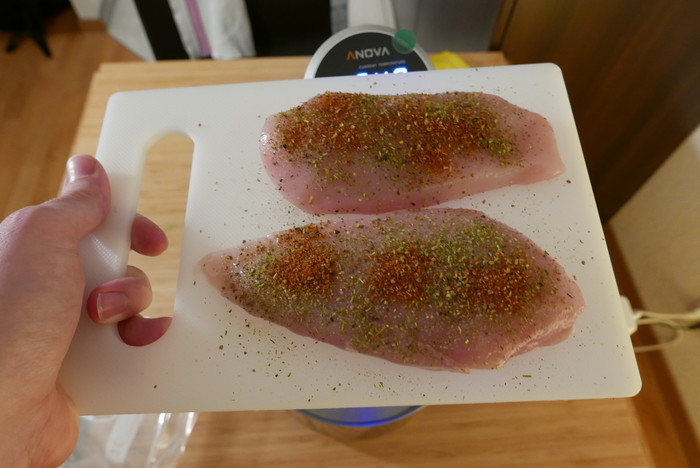 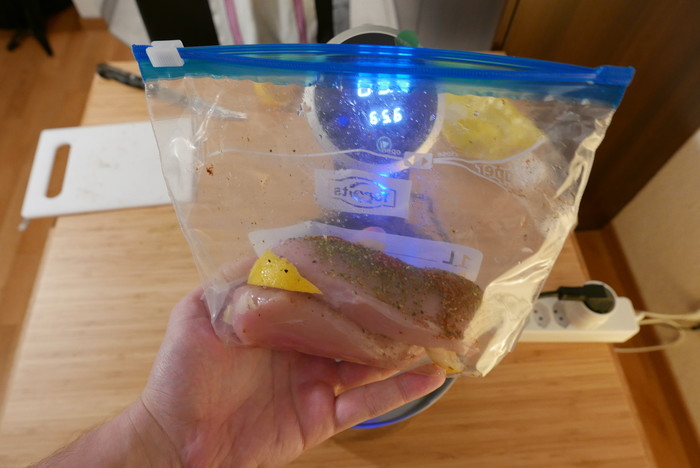 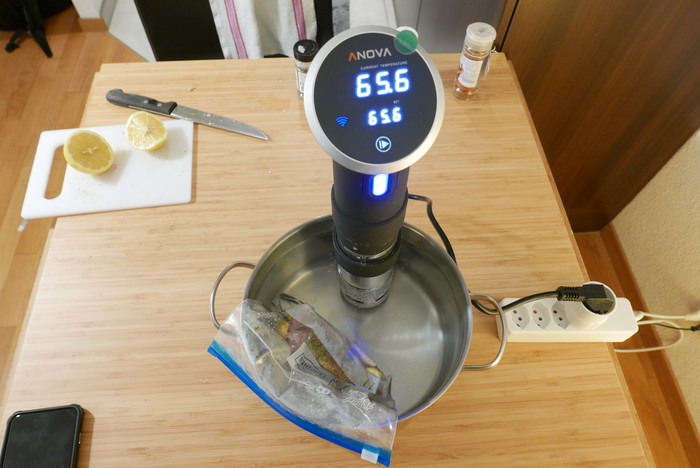 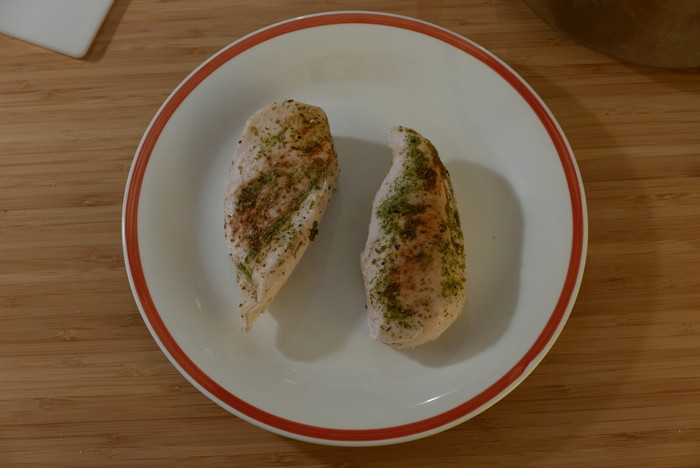 One of the first things I cooked was chicken breast. You just season it well with salt, pepper, maybe some herbs or lemon, put it in a bag and then put it in water. Depending on the water tem­per­a­ture, you can choose to get a really soft meat, or more tender, or more stringy. The chicken basically cooks in it's own juices, so it has a lot more flavor at the end. 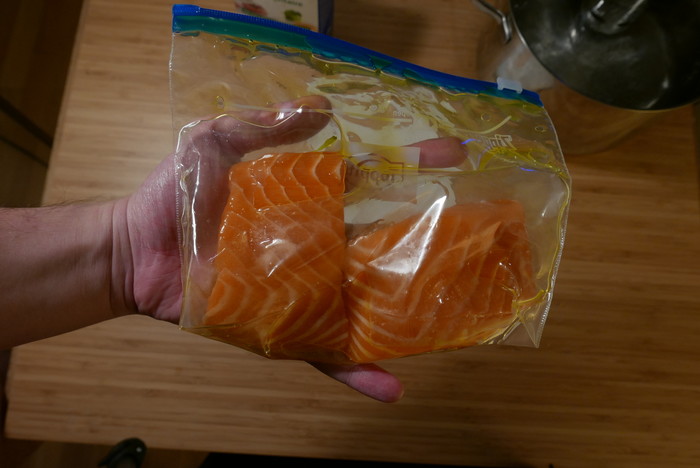 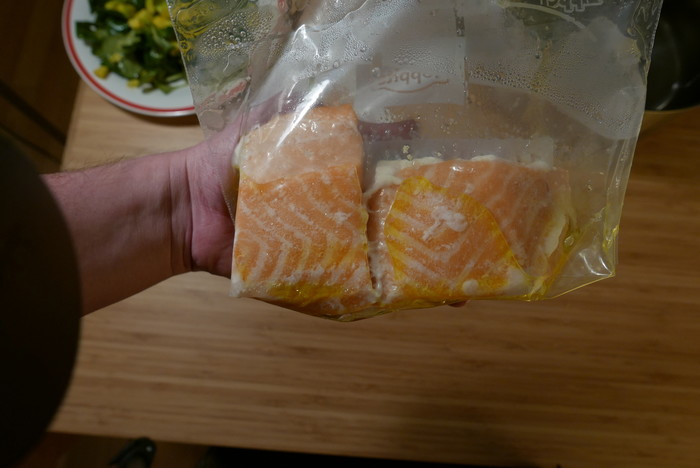 My best dish to date was salmon. From the first try, it came out really great. Again, no effort, no checking whether it's done. You just look at the timer and then you eat.

Now if only I ate at home more often...