Last Friday The Piano Guys were in Zürich. I found out about it from an ad on Facebook. It's probably the second time in my life where an ad­ver­tise­ment there is actually useful and relevant for me.

They started by playing Batman Evolution, which goes through most of the Batman movies sound­tracks and weaves them together.

They explained how they like to combine their love for old classical music with modern songs that are well known by young people. For example, they take every kid's favourite song: Let It Go! and combine it with Vivaldi's Winter.

The duo likes to make fun of each other. Jon constantly makes fun of Steven, the cellist, for being part of a band called "The PIANO Guys", while Steven likes to show off his sweet cello skills and how he can do cooler tricks then Jon. 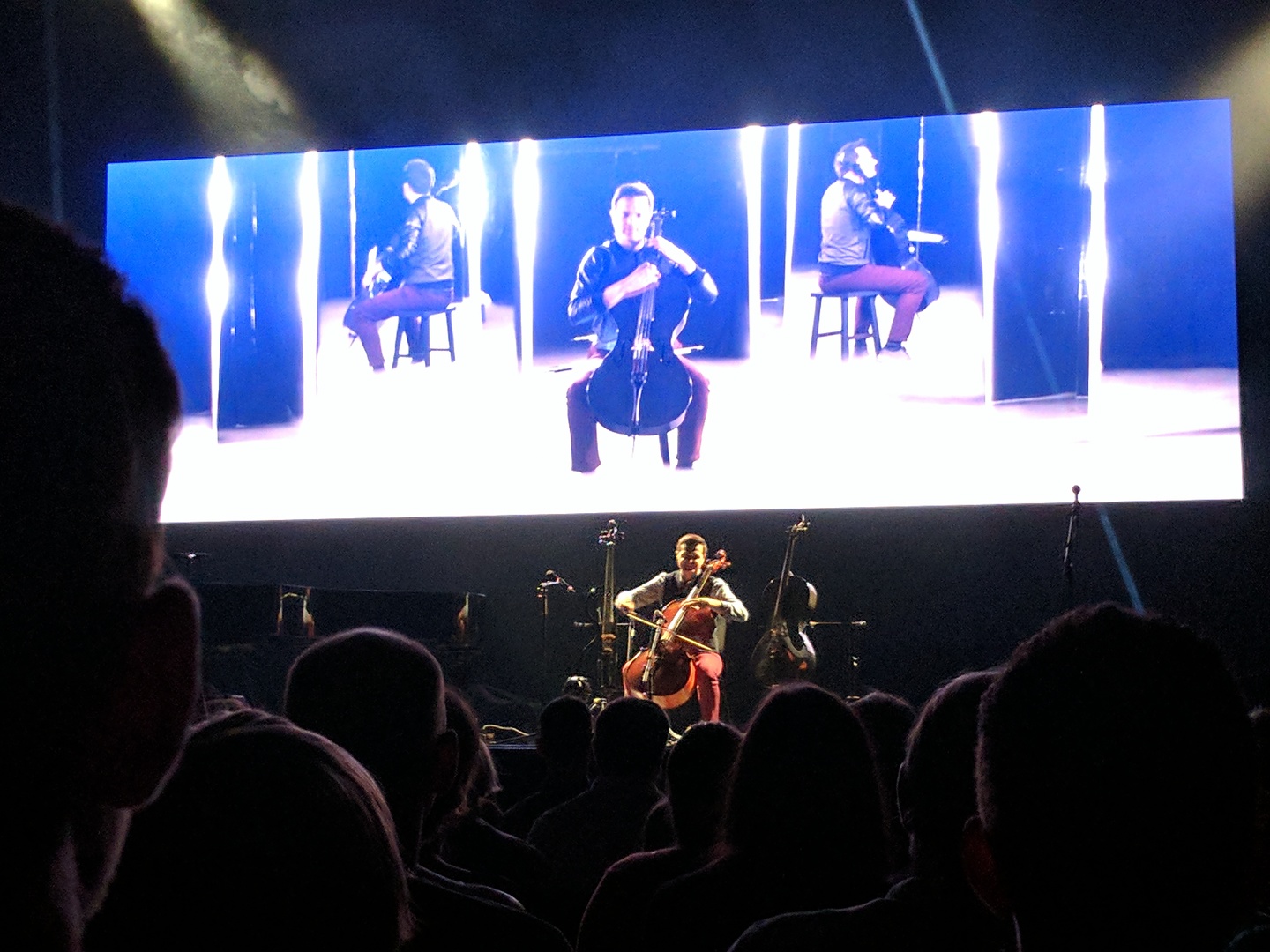 Steven has 26 cellos in his collection, which of course all sound very different to him. He brought only three on this tour: the Italian one, called Marcello (pronounced with an Italian accent), the French one, made out of carbon fiber, called.... Carbon Fibre, and the Chinese one, called Bruce Lee.

Steven learned some German in school, so he was constantly weaving some German words into his address to the audience. Jon probably learned a few basic sentences on the way over, just not to be inferior to Steven in any way.

They told how the whole thing started, when a piano shop owner wanted to make some fancy ads basically for his pianos, so he asked Jon to play them on the street. Jon knew Steven from before, knew how creative he was with the cello and thought he could help them go viral. Along came Al, a neighbor of Steven, who helped them write songs and edit them. And it did go viral. Un­for­tu­nate­ly, the shop had to close.

When they were singing the Fight Song / Amazing Grace com­bi­na­tion, they actually brought on stage four bagpipers to accompany them! 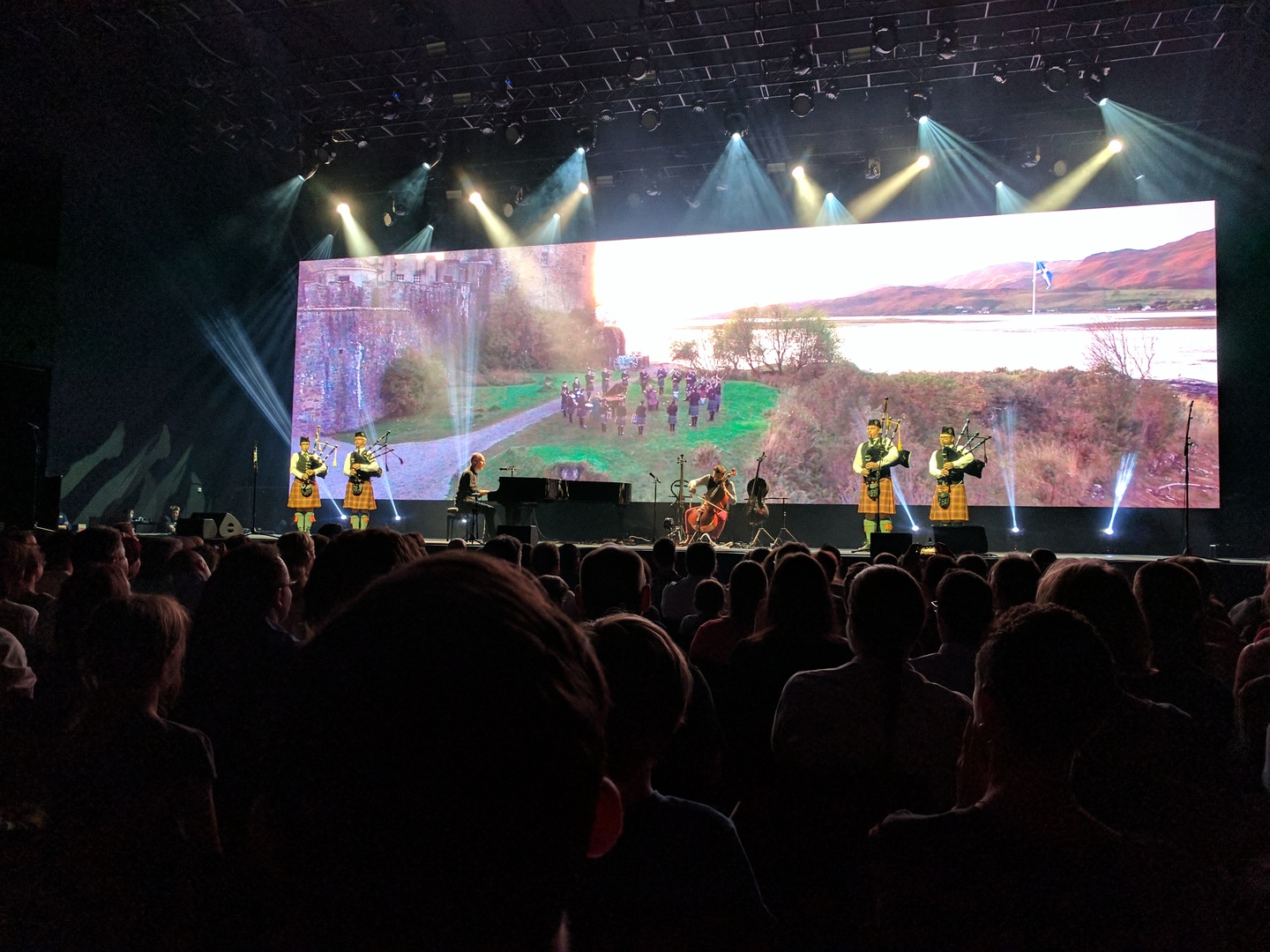 They ended the concert with all four of them (Jon, Steven, Al and Paul, their video­g­ra­ph­er) abusing the piano at the same time, some of them by hitting it. 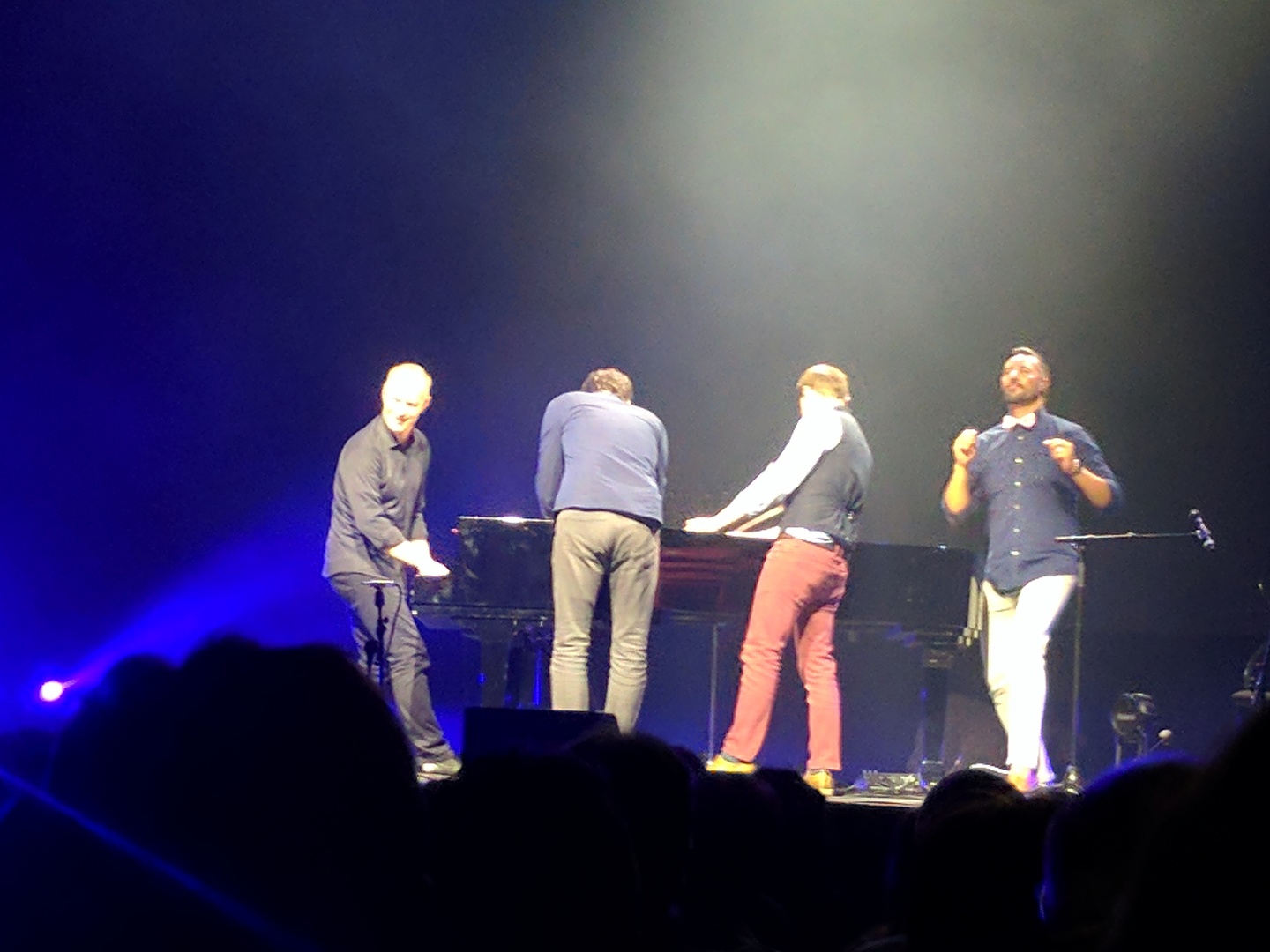 I enjoyed the concert. It was especially pleasant because two times they gave credit to where it's due: to God. They ac­knowl­edged that they are what they are and they can do what they do because of what He has given them. It was a nice moment :)