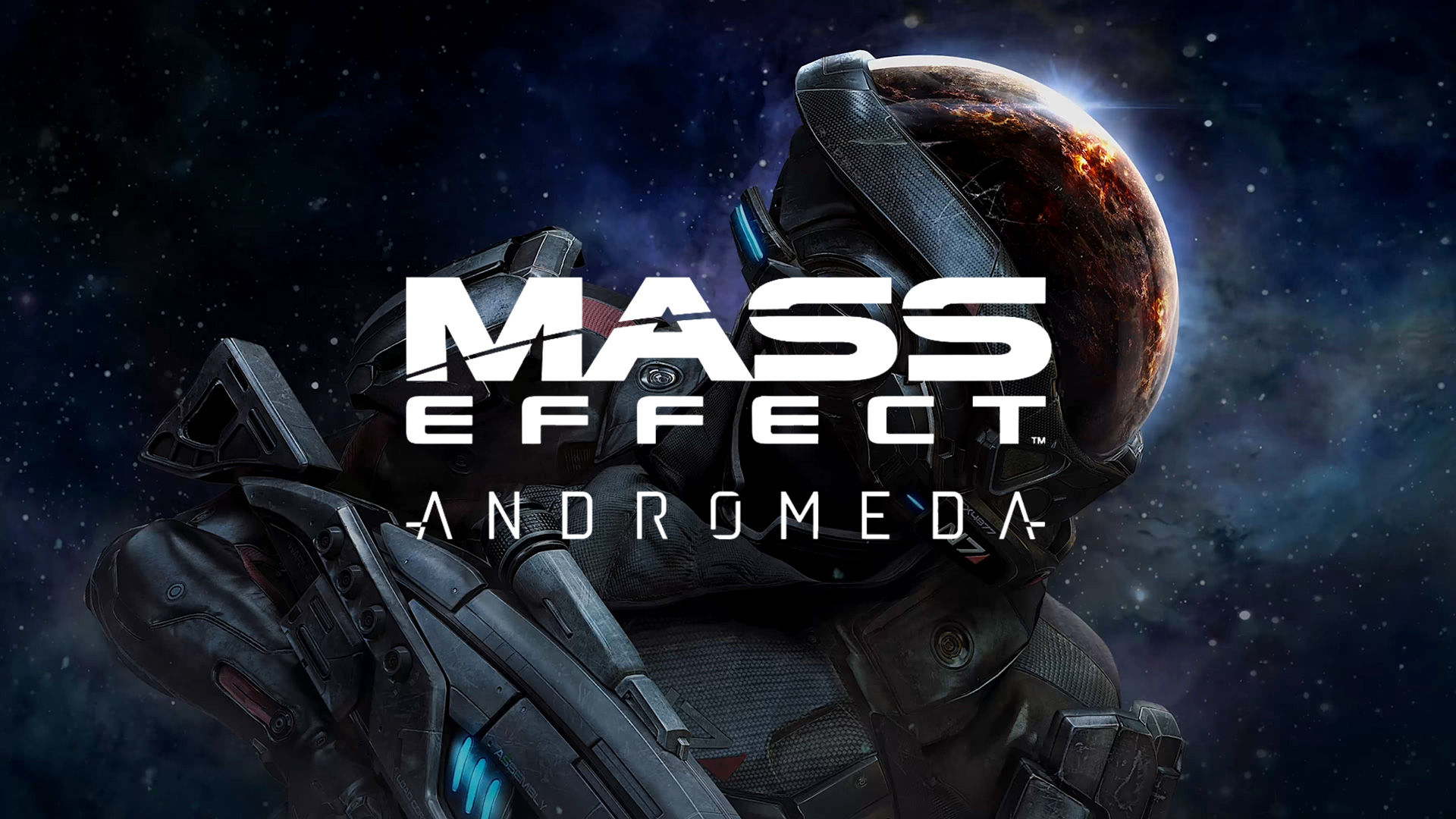 I have been a huge Mass Effect fan. I loved the first game as soon as I played. I found the story fas­ci­nat­ing, the science there amazing. I played the games and read the books and got to know the universe pretty well. But then Mass Effect 3 came out and I was fairly dis­s­ap­point­ed by it. And now, after a long break, the latest game in the series came out, Andromeda.

As you can guess from the name, this game happens in the Andromeda galaxy, so it's a complete break from everything we've seen previously. All new planets, all new starts, all new enemies. In fact, the story sets off right before Mass Effect 2 or 3, and then skips 600 hundred years into the future, but in a complete isolation.

Because I'm a grownup with a job now, I didn't have time to play it right away. I actually waited for a while and bought it on a sale two months later. And it took me more than half a year to finish the single player campaign.

Mass Effect Andromeda had a pretty botched launch. It had a lot of bugs and people especially liked to make fun of the facial animations. Because of this, BioWare had to release several patches for it in the first two months. Because of this, I actually had fairly low ex­pec­ta­tions (and also because I really didn't like Mass Effect 3).

But my low ex­pec­ta­tions were fully met and even gone over. Too bad sales sucked, so Bioware pretty much shelved Mass Effect for a while. I did find that the science part of the game went away. While in the original one they had several pages explaining how Element Zero works and how FTL flight happens, now they very handwavily skip over how they travelled between galaxies in one sentence and that's it. Also how does SAM, the resident AI, interact with the local ancient technology? Well, it's an AI, of course it can do that. Ugh.

Once you arrive in Andromeda, you realize that all the planets that the Andromeda Initiative magically saw, before leaving the Milky Way, are un­in­hab­it­able and that there is this weird Scourge that fries all elec­tron­ics. But luckily, you find some abandoned technology, called Remnant for some reason I can't figure out, on the first planet that you crash on and it start ter­raform­ing the planet. Unluckily, you find some aliens, called Kett, which you call the same as everyone else, without agreeing to it before, also interested in that tech and they shoot first, ask questions later. But luckily again, you find some other aliens, the Angara (at least they give you their name), who are more friendly.

So you go around various planets, doing the usual Mass Effect side missions and levelling up. The difference is that now you have to unlock the vaults that have the Remnant tech and terraform the planets, trans­form­ing them from dreadful and deadly places to cozy homes. In the meantime you fight off the Kett and of course you deal with all the politics people brought from Milky Way.

The Kett become a bigger and bigger problem, so the solution is to get rid of them. You go for the Kett head honcho, The Archon, who is an arrogant bastard. You fall for a stupid trap, but of course you manage to escape. In the meantime, you learn that the Jardaan created the Remnant, but they were attacked by somebody with the Scourge. And poof, now they're gone. You defeat the Archon, you find a really cool Dyson sphere and everyone is happy. Yaaaay.

The storyline is actually promising, but the problem is that they clearly intended to have some DLCs. There are so many hints dropped only to pique your interest, fragments of really cool in­for­ma­tion, but which are never fully developed, so you are left hanging. And Bioware confirmed that they won't be releasing any DLCs. Why did you do this to us? Whyyyy?

Your new squad mates are quite in­ter­est­ing. You have the 1000 year old krogan, who's seen it all, except a new galaxy. You've got the human biotic who trained with asari commandos. There's the rebellious and playful asari scientist, who's obsessed with the Remnant. One of the angara joins you and spreads the zen around. The turian is the smuggler/black-market dealer type. And lastly, you've got another human, who used to be some sort of special police back on Earth.

The dialogue is pretty good, plenty of jokes to go around. Especially while you are driving, your team mates start talking among themselves, usually annoying each other, so it prevents you from being too bored from driving around.

Combat is quite fun. A new addition is that you have a jet pack that you can use to jump (fi­naaaaal­ly!) and hover while shooting. This means that you can jump on your enemies and rain de­struc­tion from above on them. There is also a weird profile system (such as soldier or biotic specialist), where you can switch between them at will. In practice, I found it quite cumbersome, because switching profiles trigger the cool downs for all your powers. So I settled for the profile that gave me the syphoning ability: melee attacks would fix my shields.

Graphics/physics: I was expecting better from a modern AAA game. While the facial animation glitches didn't bother me so much, I was frustrated by seeing how many times solid objects would move through each other or would move in other impossible ways. I mean, it's 2017, how come collision detection is still so buggy? Also, your vehicle can move in... um... funny ways.

The worlds where you play are quite big and varied. You've got everything from desert to tropical to frozen wastelands. You drive around in some all terrain vehicle, which oc­ca­sion­al­ly moves in weird ways. The most annoying part is with mountains, which are tempting to try to go over in the car, but it usually ends up being slower than going around.

The soundtrack is pretty decent. It gives you the chills sometimes, but most often it's just not memorable.

I think I'll give the game a 7/10. It was fun to play, but it had plenty of quirks that were annoying, especially for a Mass Effect game.