At the beginning of the year, a dear brother and good friend, whom I met in New York, invited me to his wedding which was going to be in Hong Kong. What better excuse to go to visit "China" than going for a wedding? This also made the decision of where to go on vacation this year quite easy to figure out. So we booked a hotel and the 12 hour flights, with a layover in Zurich, because we missed it/because it was the cheapest flight. 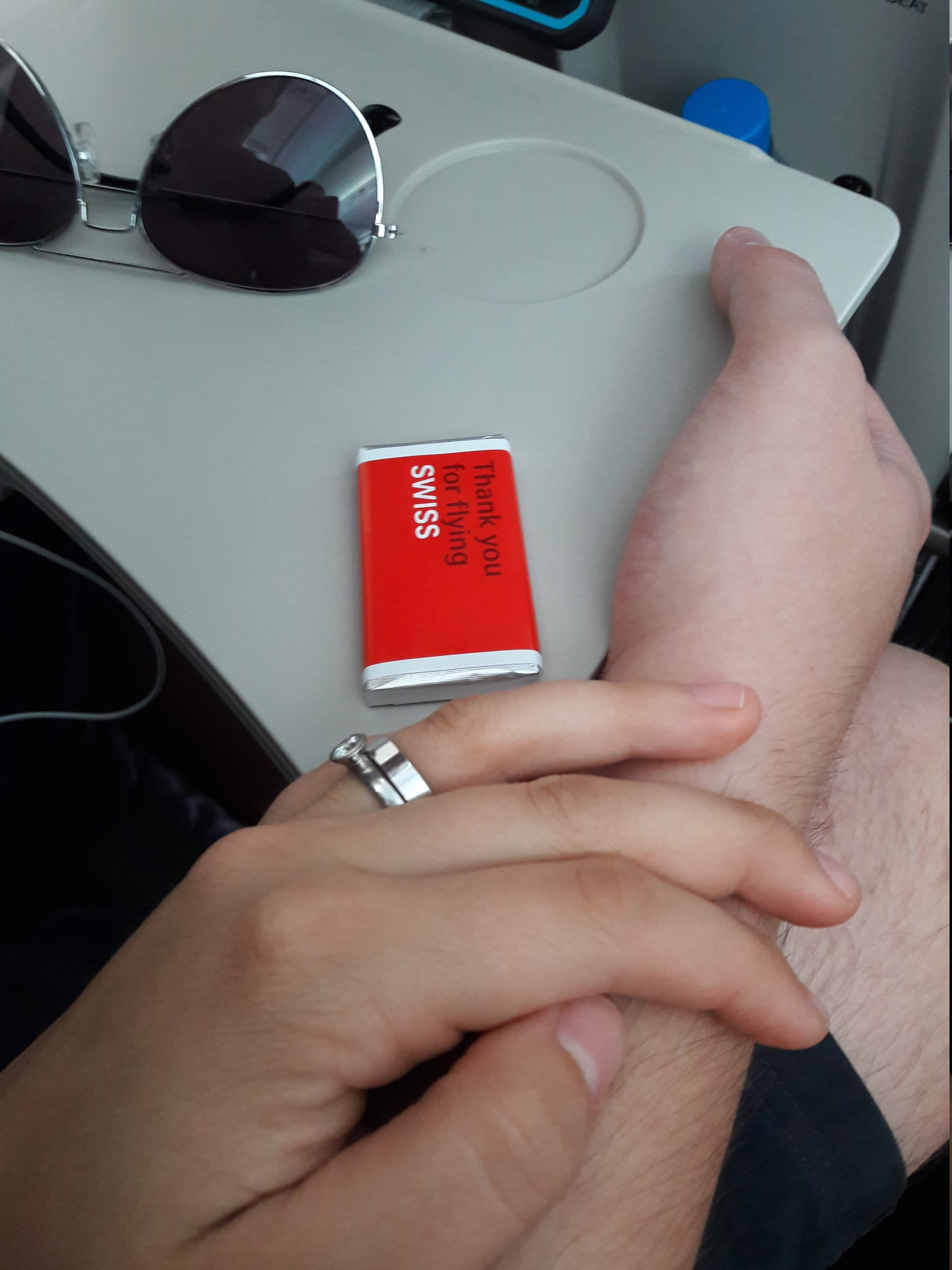 First impression after we got there: it's hot. Like really, really, really hot. And humid. Buckets of water dripping from you in one minute after you step outside. Second impression: at 11 PM it's not much better. The tem­per­a­ture drops from 32 degrees to 28 degrees, but the humidity doesn't really change. Because of this heat, we actually didn't take too many pictures, because who wants to stop to take pictures when you are running from one place with AC to another? 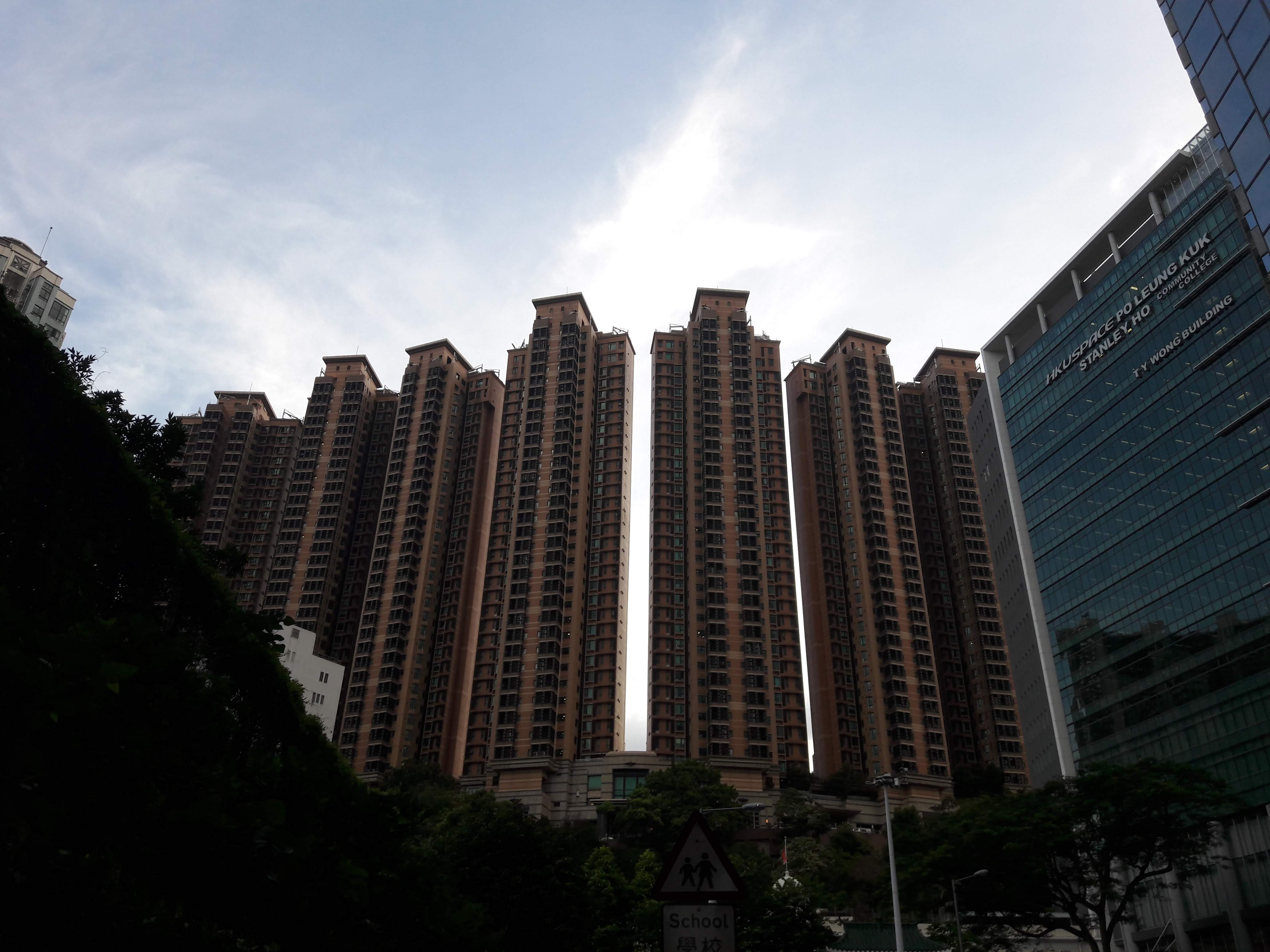 A really cool thing about Hong Kong is that while it's a Chinese city (tech­ni­cal­ly a Special Ad­min­is­tra­tive Region, with some degree of in­de­pen­dence), it's very easy to get by just by knowing English. Public transport has absolutely every sign in Latin letters as well, many people speak English (except the occasional taxi driver or waiter). In this way you can eat all the really yummy Chinese food, without having com­mu­ni­ca­tion problems, although I have to admit, a couple of times I don't know what I ate. But it was still really good (though my wife disagrees).

On the first night, we went to Jamie's Place, so that we have a gentler start to our stay in Hong Kong (and also, my wife is a big fan of his). We walked around a bit in the Causeway Bay area and I noticed that buildings are covered in a ridiculous amount of AC units.

The next day we met with my friend Lok Ka and his fiancee. They showed us the "local" food experience, by taking us to a restaurant situated in what was a former factory in Kowloon.

In the evening we went up Victoria Peak with the Peak Tram. While the queues looked incredibly long, they moved quite fast. There, at the top of Hong Kong island, you could feel a bit of a breeze, making it a bit more com­fort­able. 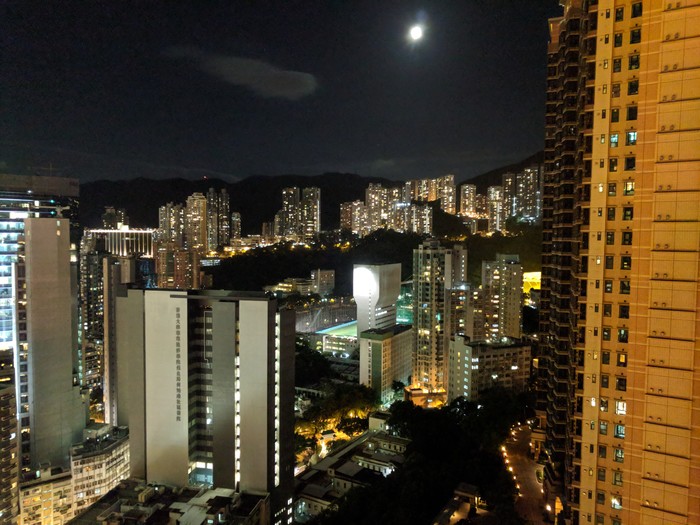 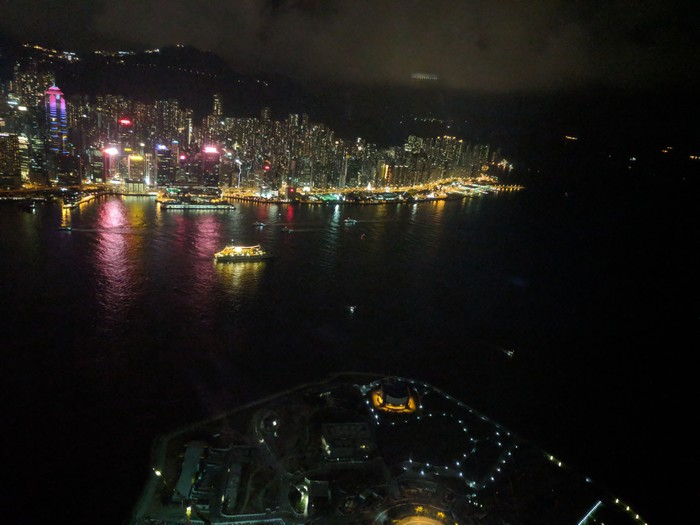 Wednesday was beach day. We went south, to Stanley Beach and to the nearby shopping complex, Stanley Market. Conclusion: the Pacific is really pacific (calm). We went there by bus. It was a terrifying experience. The drivers there are crazy. They go on winding roads, cutting corners and going really fast. And in the city, they regularly go between lanes for extended periods of time. We preferred the tram, it was much more chill. And the top level had open windows, so you could feel the wind blowing in your face. 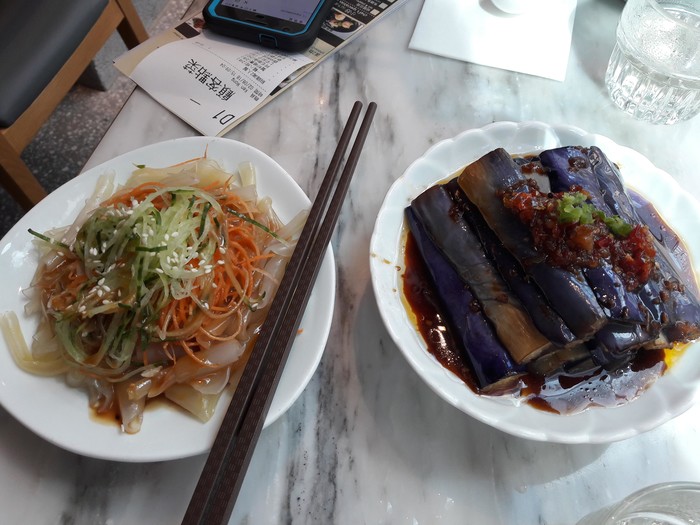 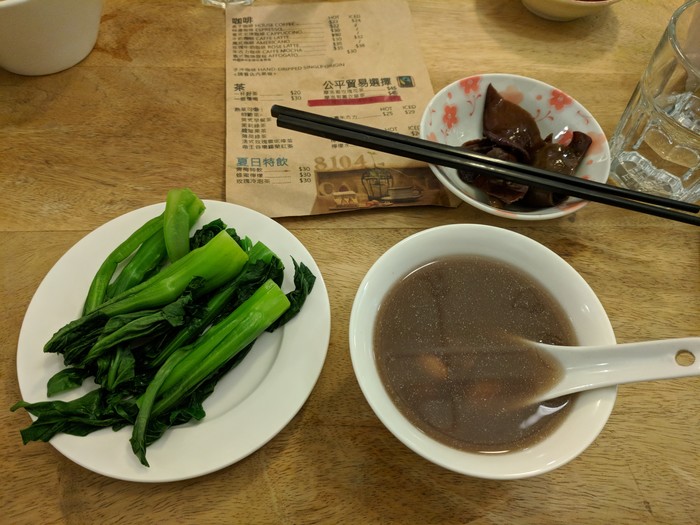 After that, we took Lok Ka's rec­om­men­da­tion and went to Yum Cha, a fusion dim sum place, where they make dim sum's shaped like little piggies. And they had some delicious soup. And some more stuff that I'm not sure what it was. But it was really good. 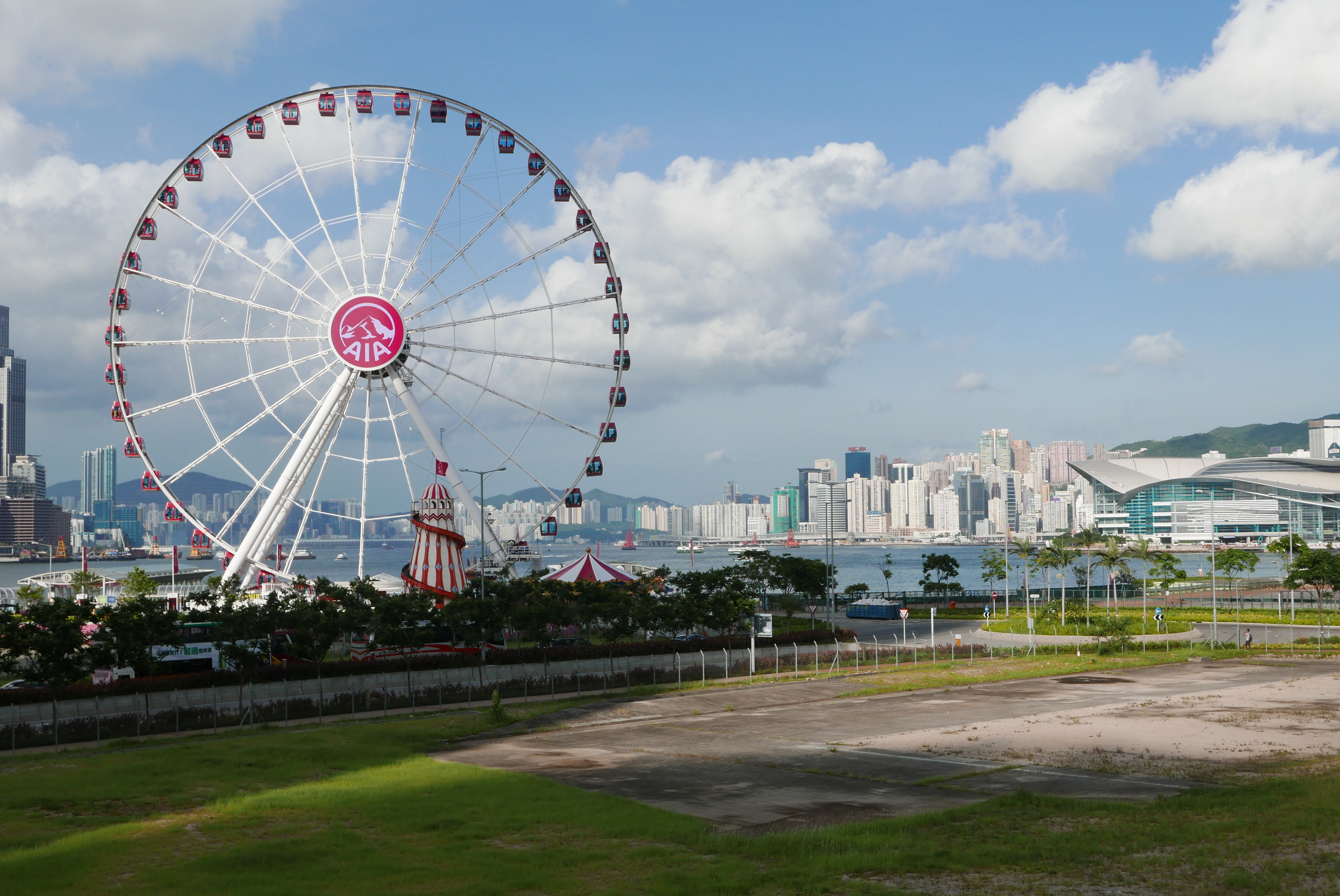 The rest of the day was spent doing tourisy things, such as going on the Ferris Wheel and taking the Hong Kong ferry to Kowloon, walking around some parks there and, most important, shopping in the Temple Street Night Market, where we bought some overpriced, but fancy looking chopsticks (and some other stuff).

On Friday we met up with several friends, whom I had also met in New York. We had more delicious Chinese food (except the pork knuckles). Turns out fried octopus is a really good snack. We also went to the History Museum, where there was a special exhibition on the Assyrian, Babylonian and Achemenid (Medo-persian) empires, focusing on luxury in that time. It turns out that cheap knock-offs existed even back then. The most expensive pots and jugs were made out of various kinds of metals, which sometimes needed some nits to hold different plates together. The clay jugs were much cheaper and could be made out of one piece, without needing any nits, but people still include something looking like nits on them, just so they would look more expensive. 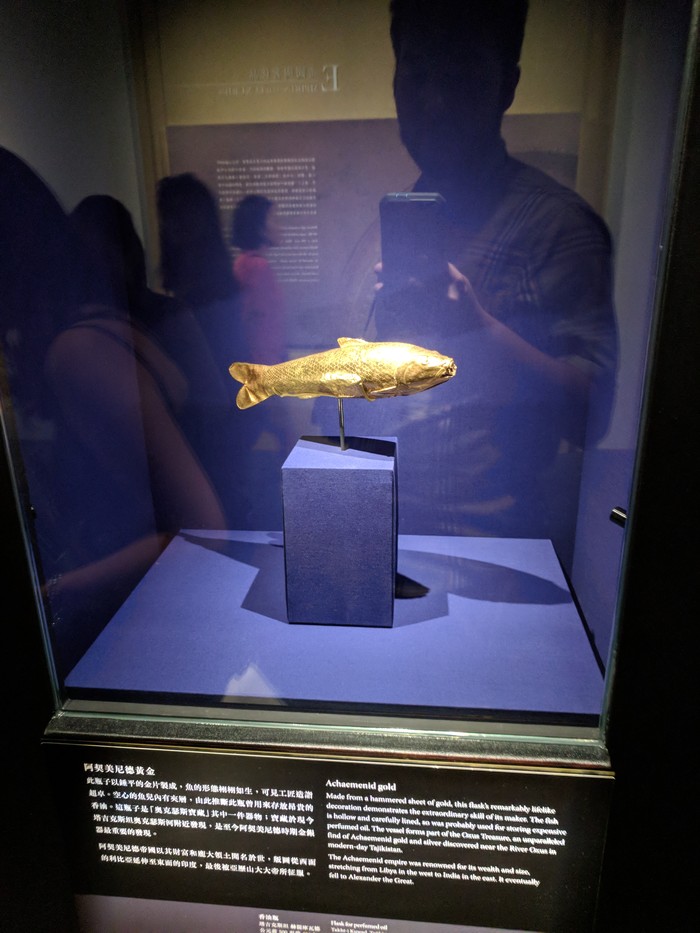 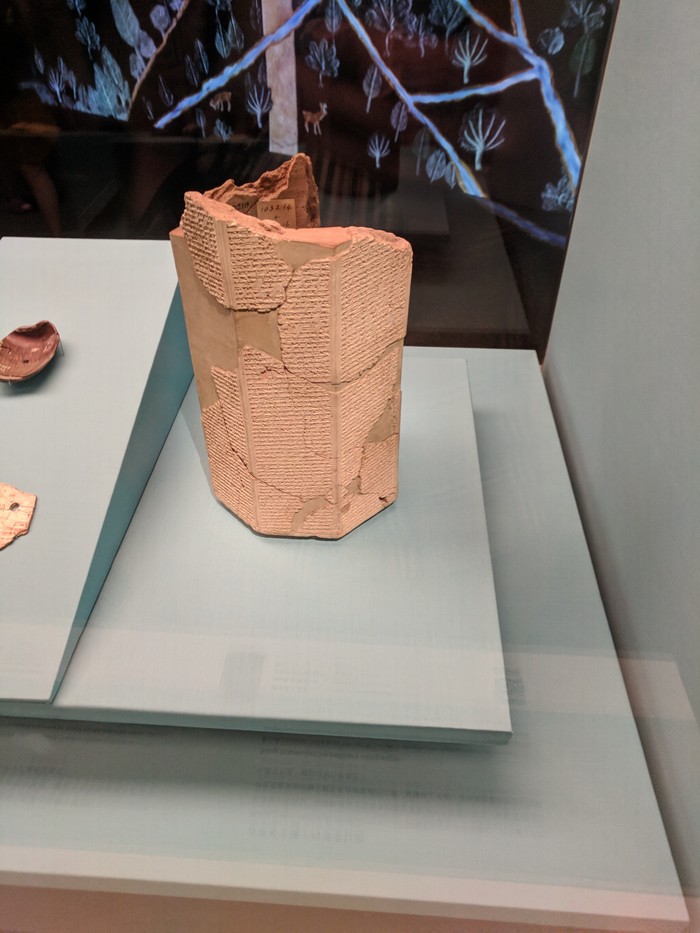 To finish the night, we went up Sky 101, which is the tallest building in Hong Kong and we enjoyed the vistas from there. Un­for­tu­nate­ly, it's an enclosed space at the top, so you can't take good pictures :( 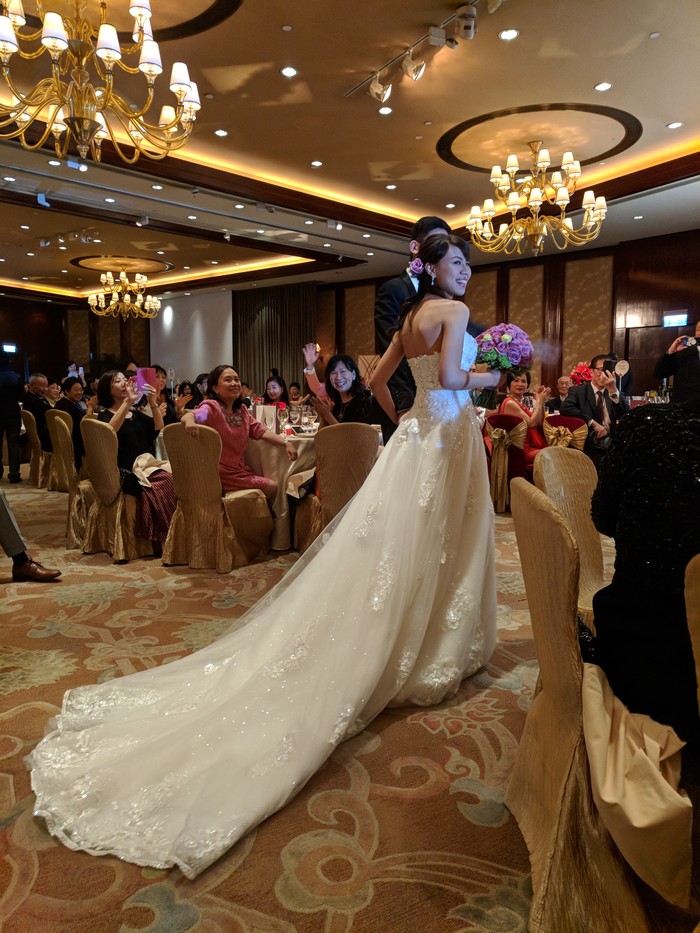 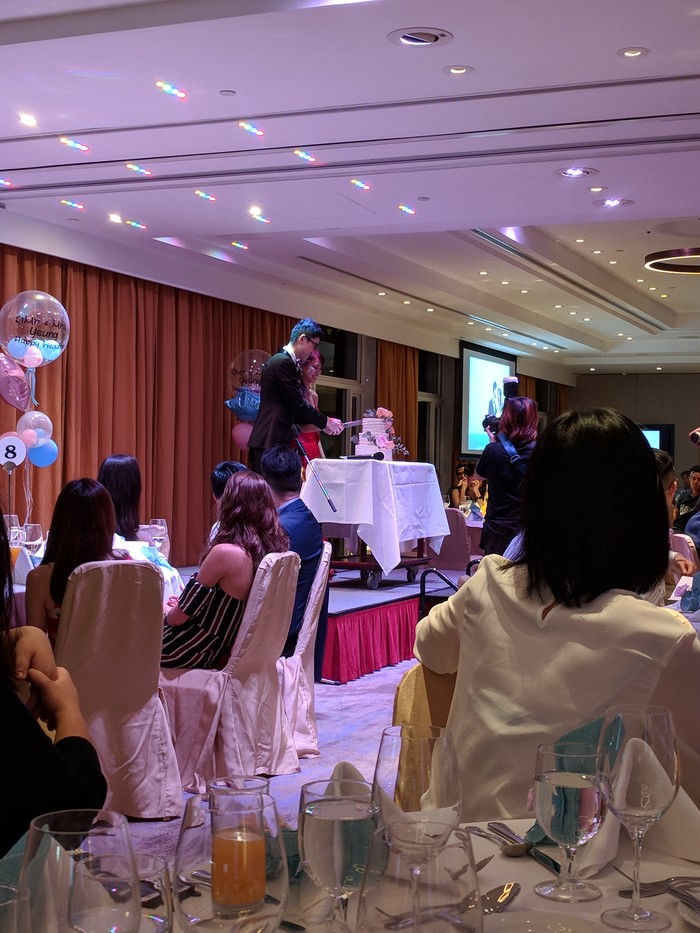 Saturday was the wedding ceremony. More good food basically. (Notice a pattern?) But in between the church service and dinner there were several hours, during which my wife wanted to eat something that is more familiar... like KFC. Hong Kong seems to be full of KFCs, so we went into one and we were horribly dis­s­a­point­ed. No french fries No Glenn Garlic Sauce!! No crispy strips!!! What is this???

On Sunday, I woke up with a horribly sore throat. This put a bit of a damper on the last two days of our time there, but at least I started enjoying the fact that it was really nice and warm outside.

On Monday we went shopping. Among other places to... IKEA. Because it's easier to go there to IKEA than to visit the only one in Romania, which is in Bucharest. And then we began the long flight back home. 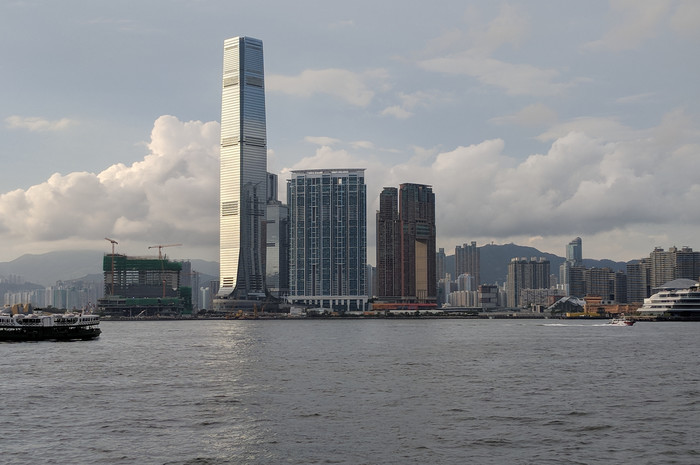 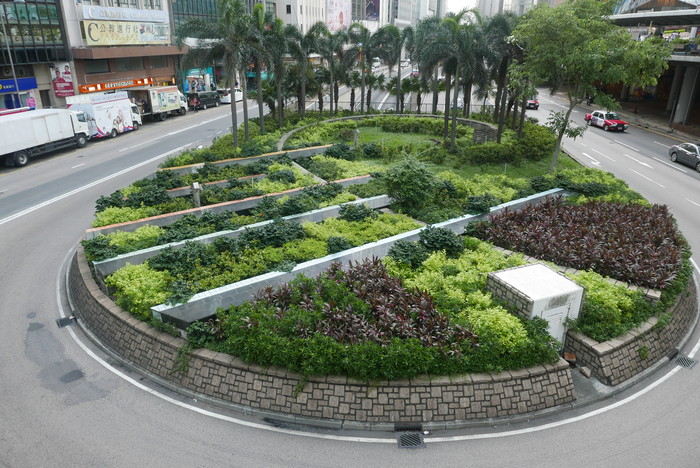 My conclusion after my first trip to East Asia: really good food, but I wouldn't go again during the hot season. So my other Chinese friends, please plan your weddings during the more normal weather, if you want us to attend as well!

P.S. I noticed that while Google Maps knows about the metro stations and the position of the exits, it doesn't really know how to use the exits and always guides you to the same one. Which happens to be the one that was the furthest away from our hotel.