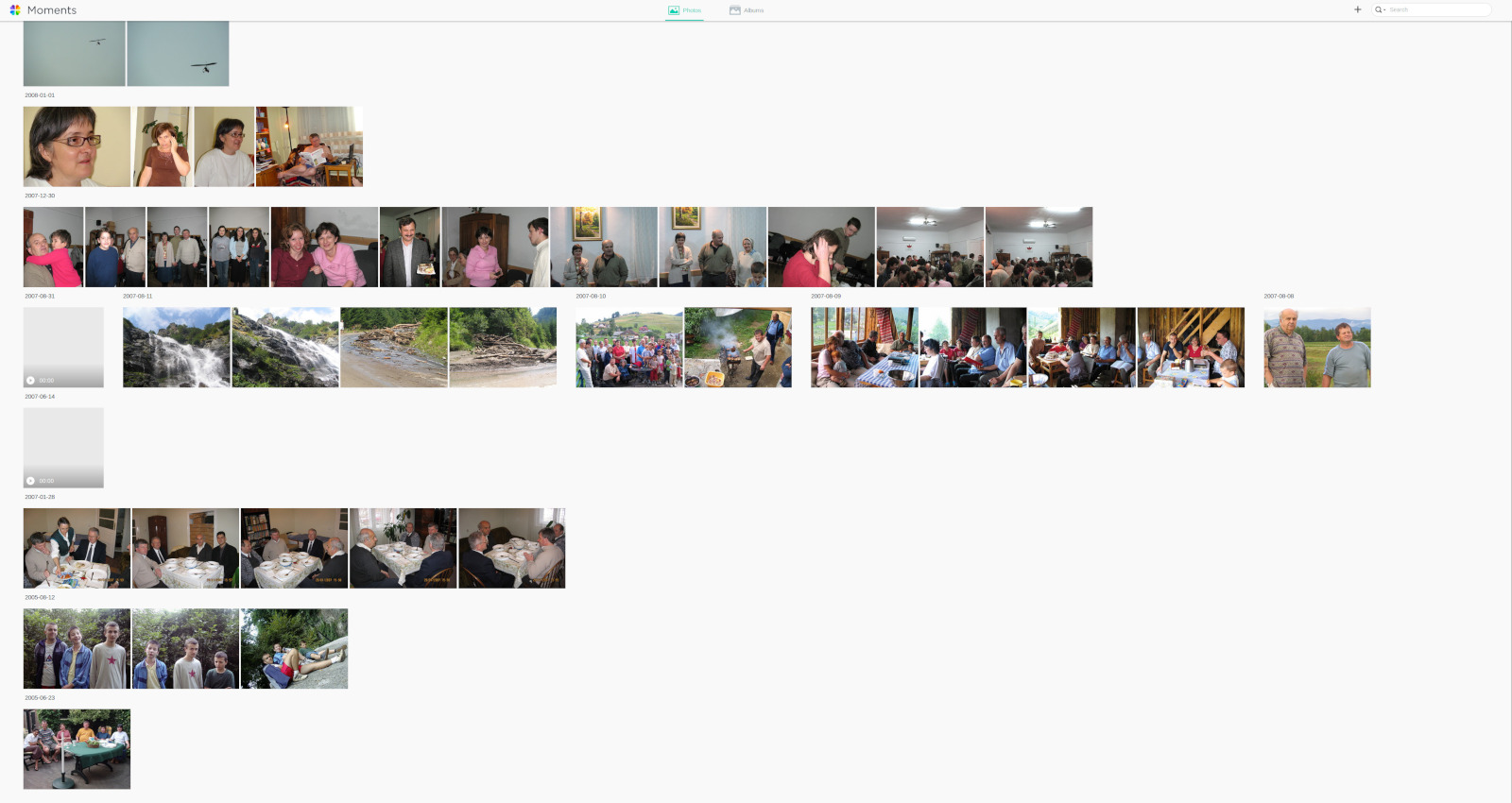 I have almost 60000 pictures (about 195 GB), going back to about 2007 and I like to keep things organized. Of course, I also don't want to manually tag 60000 pictures. Until last year, the only option to avoid that was Google Photos, which would au­to­mat­i­cal­ly recognize objects, locations and faces in pictures and give you the option to search by them. But Google Photos has the downside that you have to upload all your pictures to a 3rd party and that you have to pay a monthly fee for that storage.

Well, at the end of last year, Synology (the company that makes my NAS) launched a beta for Synology Moments, an app that does exactly what I want: it takes all my pictures, analyzes them with deep learning, and gives me a nice UI to search and browse them, by object, location or faces. 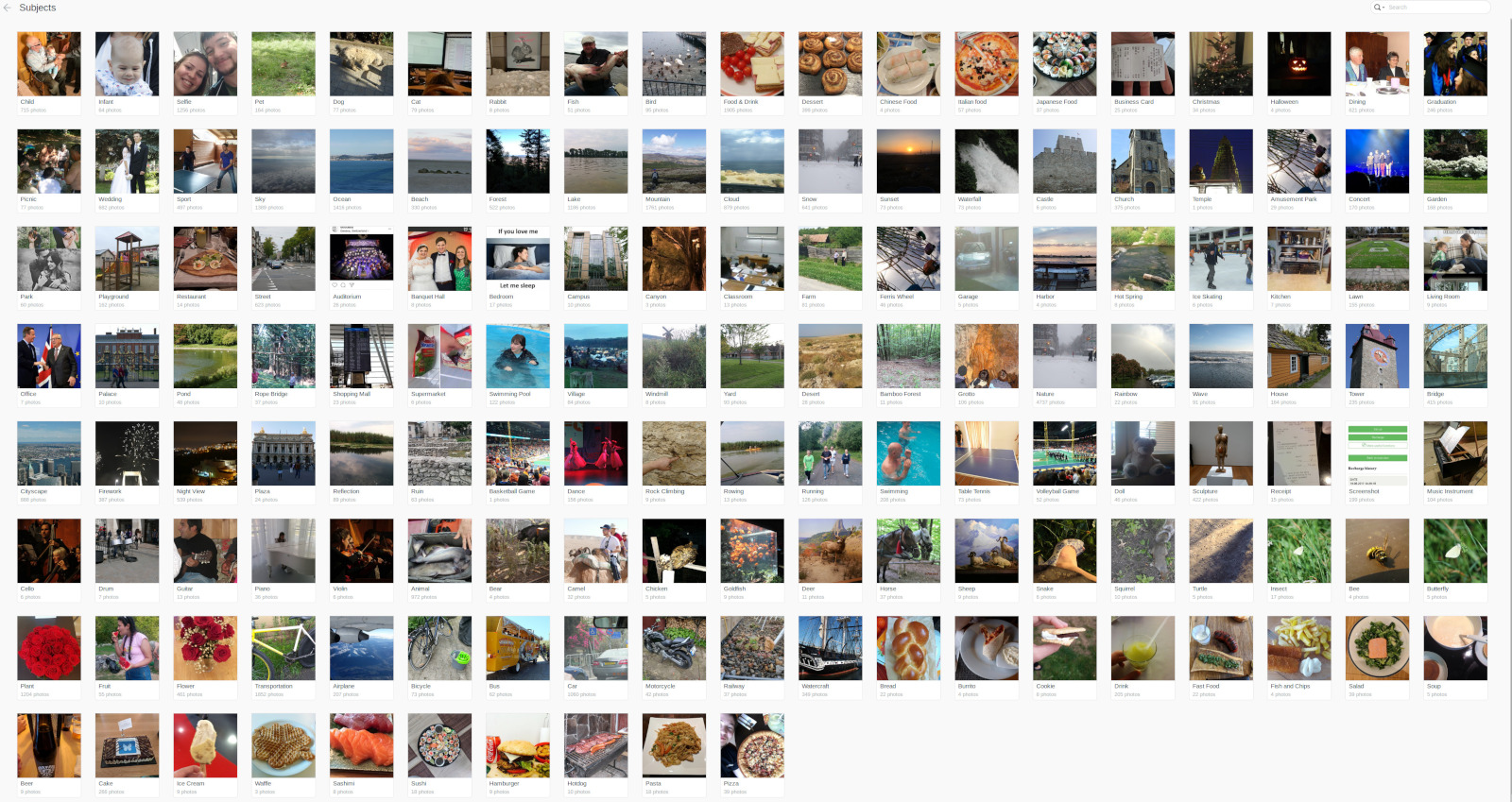 While it was in beta, Moments had some issues, but they have since been resolved (or at least the doc­u­men­ta­tion has been made clearer about those issues). In the last half a year it has worked well for me, which is why I'm finally writing this post.

One of the quirks of Moments is that photos have to be in a certain folder and you can't specify multiple folders all over the disk to be indexed. Some people have had luck with symlinks, but I just copied everything to one folder and that's it. It means I have a little bit of du­pli­ca­tion (for example, between my automatic backups from Google Drive and the ones from Moments), but I still have pleeenty of space in my RAID6 array, so it's fine.

The server that does all the heavy lifting lives on my NAS, but Moments also has mobile apps, for both Android and iOS, which enable you to au­to­mat­i­cal­ly backup every photo and video that you take to the server. The same apps also allow you to search and browse your gallery of pictures, in almost every way as the web app (except that you don't have a folder view). 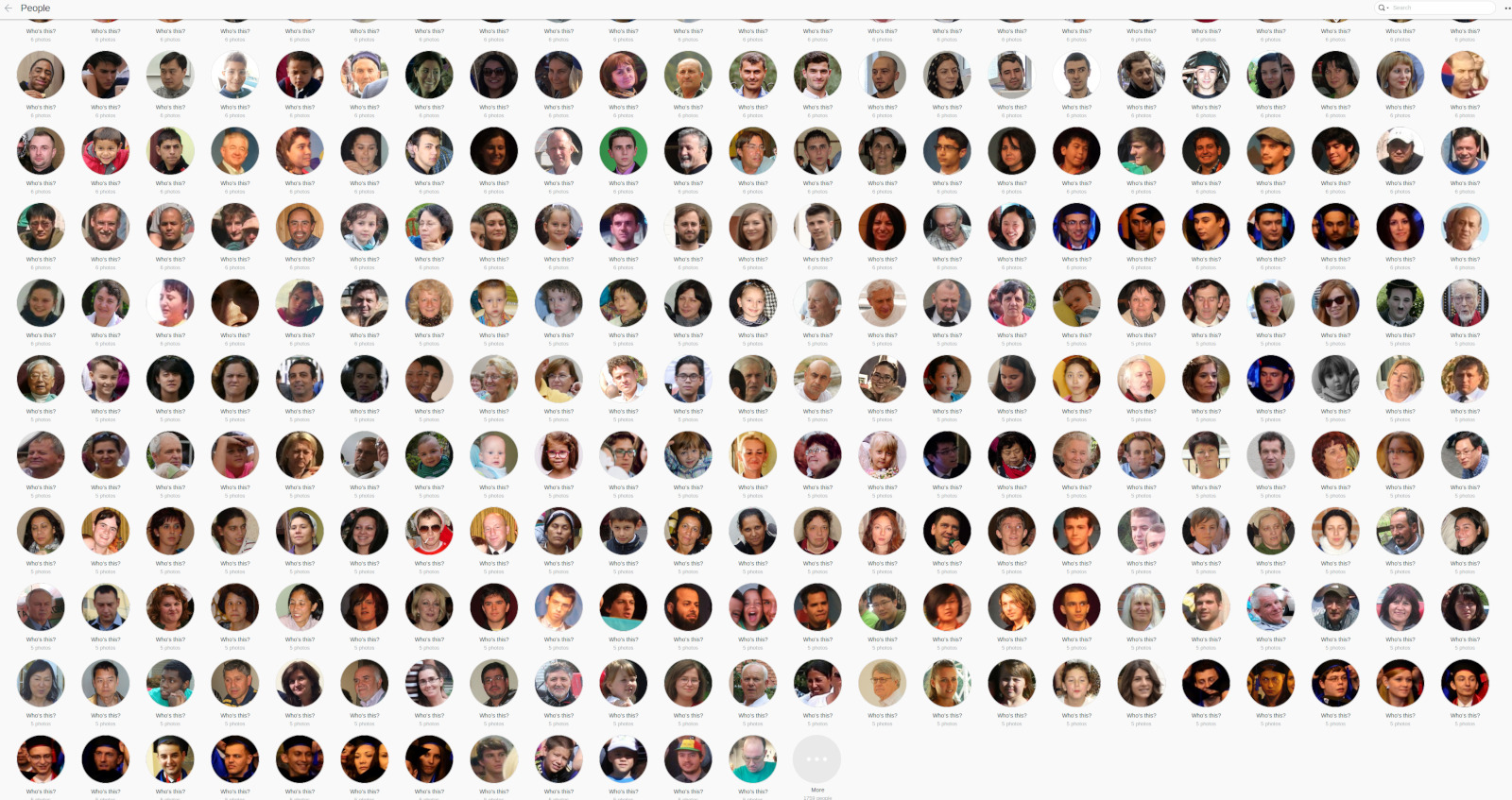 The clustering of faces (the process where it tries to group faces that it thinks belong to the same person) is not as good as the one that Google Photos has. I spent several hours merging clusters that were of the same person, but Moments thought were of different persons.

The object recog­ni­tion part is pretty good, but that's something I use much less frequently, so I don't notice as many errors.

Moments also does reverse geocoding, so it tries to identify where every picture was taken, from GPS co­or­di­nates in EXIF metadata, and then it shows them around the pictures.

The backup works flawlessly so far from my phone. For pictures I take from my camera, I only save them here. Pictures made with my phone are backed up to both Google Photos and Moments.

One of the biggest downsides for Moments is it's avail­abil­i­ty: it works only on Synology NAS devices, so if you don't have one of these devices, you can't get it :(

I am really happy that I found this app to organize all my photos, on a device that is under my control, so I strongly recommend it!