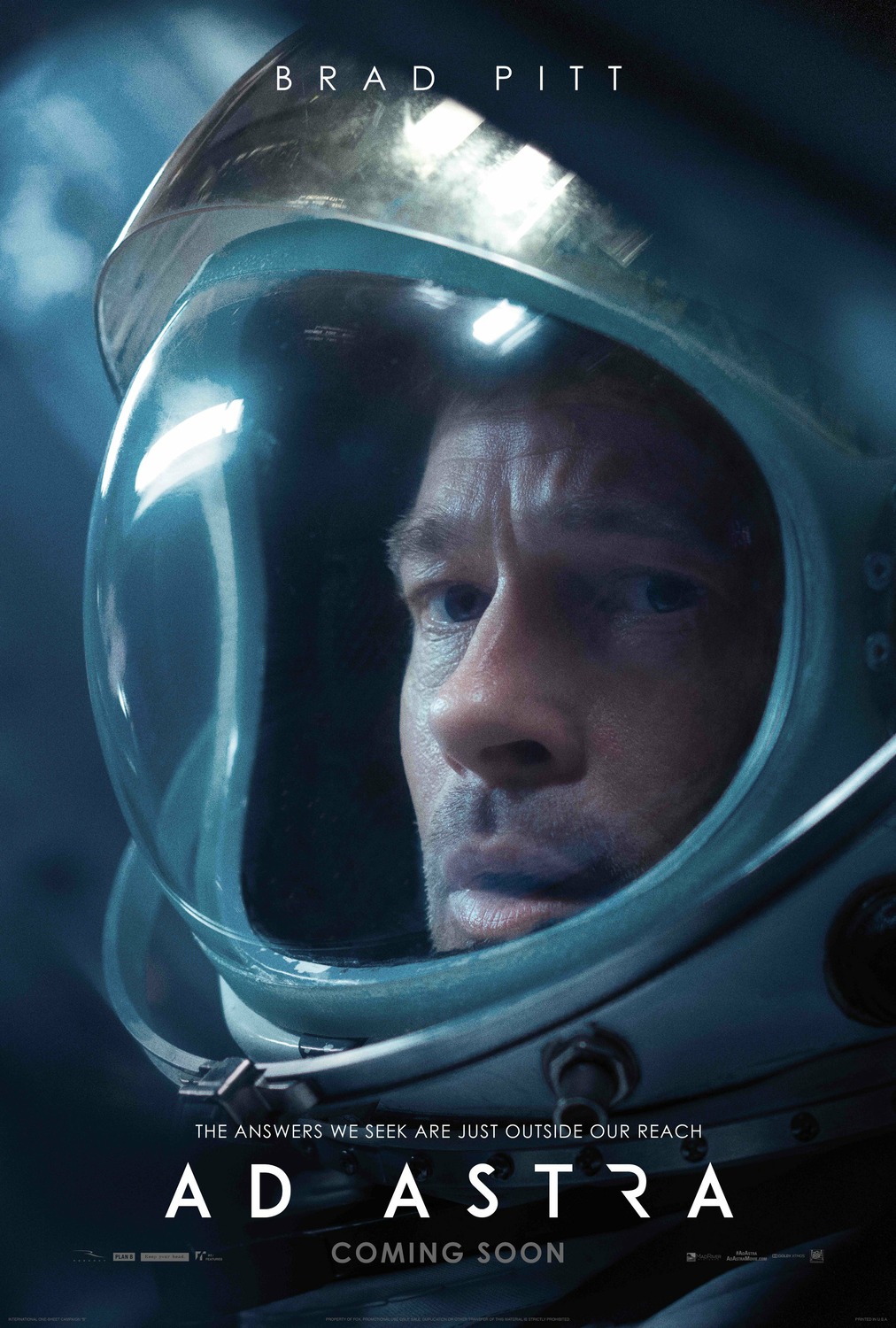 Another space movie came out, so of course I went to the cinema to see it, just like I did with Gravity and In­ter­stel­lar. It was a very spon­ta­neous decision, seeing an article about it at 7 PM, watching a trailer at 7:10 and at 8 PM being at the cinema with my friend Calin.

The movie's main character is Major Roy McBride, who is part of the U.S. Space Command (SpaceCom). He is a very calm person, his pulse never going over 87. No matter what’s the situation, whether it’s being in freefall after an explosion in the upper atmosphere, or being shot at by pirates on the moon, he stays calm, observes his sur­round­ings, orients himself, decides what to do and acts to solve the problem. While these are great qualities for a soldier and the army greatly admires them, they don’t make for a great social life. He was married, but his wife left him, because he was too distant and too pre­oc­cu­pied with work, and he doesn’t seem to have any friends.

Roy is asked by SpaceCom to help with finding his father, who had dis­ap­peared 16 years before, beyond Neptune, on a mission to find alien life. They had lost contact with his ship, but now they have reason to believe he is somehow causing electrical surges on Earth. His father is part of the reason why Roy (and many others) became an astronaut, but he is still upset that his father left on a mission from which he knew there was no coming back. 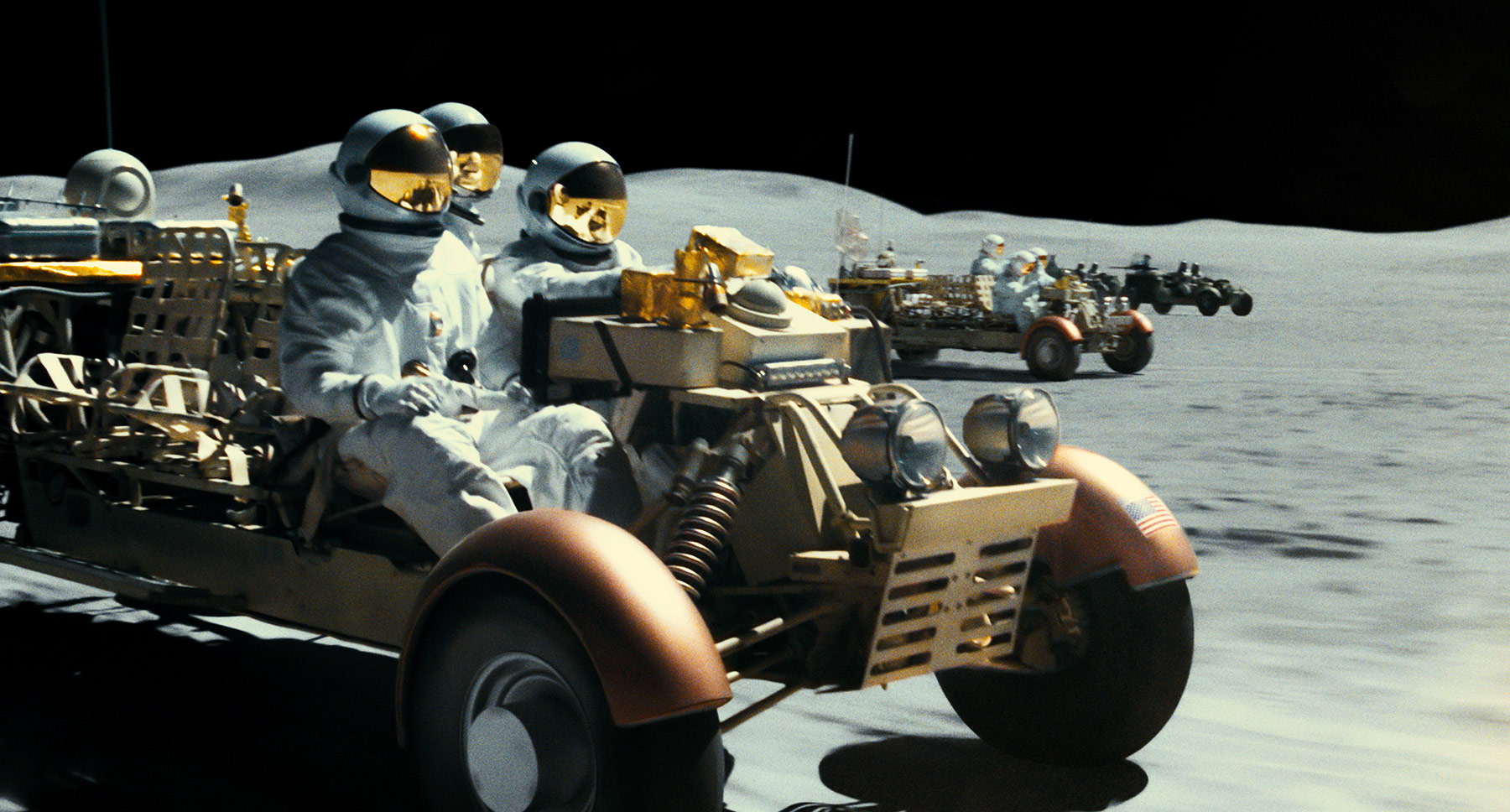 The first two thirds of the movie are really well done and they showcase how Roy’s emotional barriers start to break down. He’s still the razor sharp soldier, who’s always paying attention to his sur­round­ings, always ready to solve problems, but slowly he's starting to waver, as he realizes his dad might actually be alive. Any time there is a physical danger, be it a loose orangutan in space or a pilot to scared to land a rocket safely, he still manages to act quickly and save the day. But his psy­cho­log­i­cal eval­u­a­tions, which he has to do regularly, get fuzzier and fuzzier answers and he starts disobeying his superiors, initially only by responding to an SOS call, then going off-script in his message for his father, then by going to Neptune instead of Earth.

All the action sequences in this part of the movie are beau­ti­ful­ly done. The contrast between all the things blowing up and the calmness of Roy is very stark. There is a rover chase scene on the moon, which is delightful, because it’s mostly black and white, with only the helmets being yellow. In another scene, our astronaut has to cross an un­der­ground lake to get to a rocket launching site. As he is narrating his thoughts, the lighting (and lack of) suggests so well that he is alone with his thoughts.

The last third of the movie becomes more confusing and dis­tress­ing. Roy ends up alone on a spaceship towards Neptune and his solitude starts to take a toll on him. He starts reliving his memories of his father and of his wife. In­ter­est­ing­ly, his beard doesn’t grow during the 73 day trip.

When he gets to his father’s ship, beyond Neptune, he loads up the nuclear payload and boards the ship. He finds his father, Clifford McBride, and it turns out that it was not his father who was causing the electrical surges on Earth, but his crew who had mutinied. His father is still obsessed with finding ex­trater­res­tri­al life, but so far all the data they have gathered, the clearest signal from the furthest places they went to, didn’t reveal anything. He is unwilling to let go and pretty much commits suicide by jet­ti­son­ing into space.

But Roy has an epiphany here, that while his dad was busy looking for a signal from far away, Clifford missed what was right in front of him: Earth, humans, society, family, friends and that “We're all we've got.”. This causes Roy to snap back to reality and gives him back his desire to live. He pulls two McGyvers in a row and manages to get back to Earth.

The movie ends with a bit of ambiguity, in­ter­weav­ing shots of both Roy reciting his “perfect” psych eval, and also him going out for a coffee with his wife.

The thing that bothered me about this movie was the Roy needed to travel several billion kilometers to Neptune to figure out that other people matter? That he shouldn’t be a purely work oriented human being? That’s… sad. Really sad. But at least he realized this, unlike his father, who could not bear to live without finding something out there.

I loved the visuals of the movie. The soundtrack was meh, nothing memorable. The acting was good, Brad Pitt delivered on the character. Other actors didn't have too much screen time though. The moral of the story is good, but I hope most people don't have to travel so far to realize it!